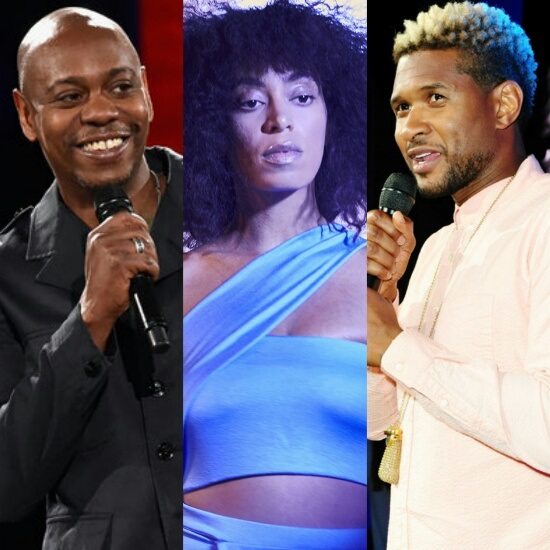 Tonight (August 1st) marks the kickoff of Dave Chappelle's highly anticipated residency at New York's famed Radio City Music Hall. As he prepares to get things started with an assist from The Legendary Roots Crew and Lil Wayne for the first evening, he's dropped even more news about added performers and dates that will have comedy and music fans alike scrambling to buy more tickets.

When the residency was originally announced in June, it was only scheduled to run for 10 dates, with additional shows added later that month that included Lauryn Hill and Chance the Rapper. However, Dave and crew have been especially busy, scheduling new dates that have extended his residency nearly throughout the entire month of August. In addition, new big names are littered throughout the new dates, with A Seat At The Table singer Solange set to take the stage on August 22nd and a just-announced appearance by Usher alongside Big Boi this Thursday (August 3rd). But wait, there's more. Other new additions include Yasiin Bey (fka Mos Def) and Talib Kweli, John Mayer, Lil Jon, Arsenio Hall and many, many more.

The hottest tickets of August just got much hotter. Check out the full schedule of the residency (so far) below and don't be surprised if more names are added soon. Tickets can be purchased here.