The Layabouts & Imaani Are Ready To ‘Shine’ With New EP 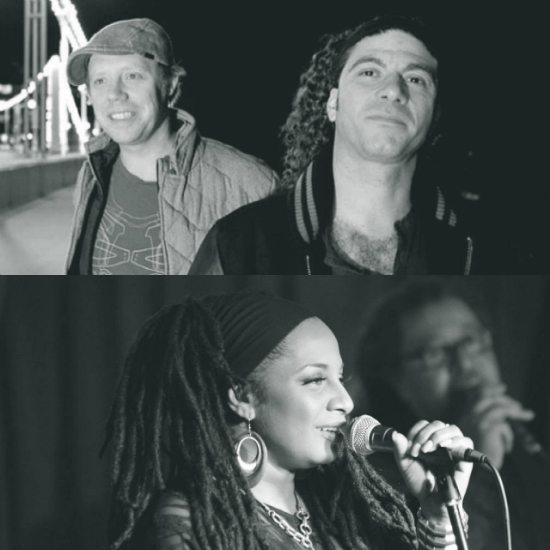 It's been quite some time since we last heard from The Layabouts. That's because the soulful house duo of Leigh Darlow and Al Paschali seems to have been laying low since the release of their debut album, Future Retro, back in 2012. Well, playtime is over as they return with a new two-song EP entitled Shine.

For the project, The Layabouts teamed up with frequent collaborator and de facto Incognito member Imaani for both the EP's title track and another track, "Stay." Things kick off with the latter, a mellow and soulful number where Imaani is imploring her special somebody to not walk away when the going gets tough. Imaani's voice is clear and passionate as she tries to get her point across. Meanwhile on "Stay," relationships remain the subject at hand, except this time things center on budding love and that feeling of invincibility that comes along with it. Equally as smooth as the previous track, "Shine" is dripping with '70s disco sensibilities as Imaani gives in to the realization that she may have stumbled upon "the one." While both songs are sure to be right at home wherever there's a dance floor, they also provide the perfect soundtrack for a day of chilling and cruising around with friends.

Shine EP is currently available for pre-orders with the full project available August 18th. The project marks the return of not only of The Layabouts themselves but also of Foliage Records after a brief hiatus. The group first began teasing the project back in July, taking to Facebook to reveal that they've been working on the project with Imaani for several years. Take these infectious tracks for a spin and be one of the first to download your copy from Traxsource.


TAGS:  audio, imaani, incognito, the layabouts
Previous: Leikeli47 Claims Her Spot With ‘2nd Fiddle’ Next: Aaron Camper Has Some ‘Heat’ To Close Out The Summer