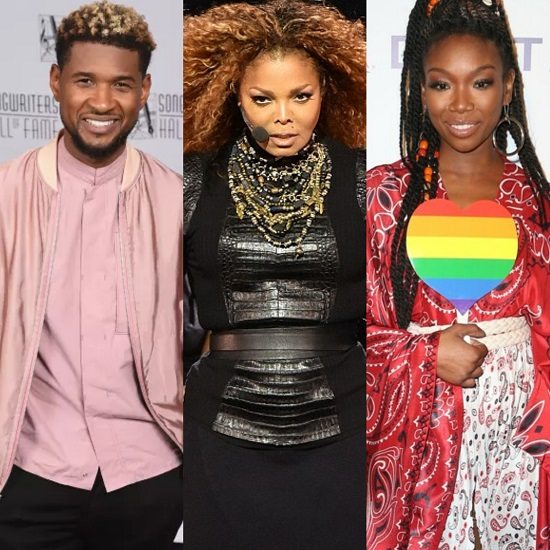 Wassup, folks! What's that? You need your music news fix? But we're in the middle of getting ready for our 10th anniversary soulebration! Fine, don't worry, we've got you once again. Besides, it's been another crazy week in the world of music, so we've got a lot to dish on. Where to begin? Well, ya boy Usher leads things off with a story we just can't seem to shake. Then there's Ms. Janet Jackson, who keeps teasing us with photos and public appearances. Oh, and your girl Brandy is going off after getting in more drama on the 'gram. Plus, we've got news on Rihanna breaking the internet with a sexy Crop Over 'fit, Beyoncé's words for Prince, why we can expect much more Childish Gambino and even more news. Whatcha waitin' for? Read on!