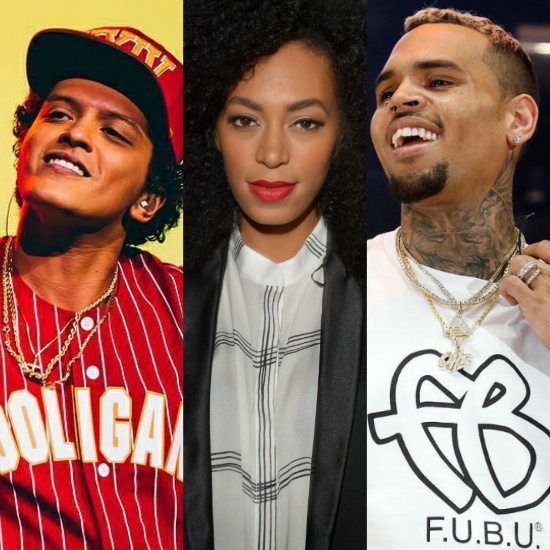 It's been a week, amirite? Thankfully, when it feels like the world might be falling down around us all (thanks #45!), you can always expect This Week In SoulBounce to be here for you with all the music news that you can handle. This week's batch of news deals with some of the fallout from the protests in Charlottesville, as the events caused even Solange to lose her cool and delete her Twitter in the process. But there was also some good to come this week, like Bruno Mars putting his money where his convictions are for Flint and Pantone finally recognizing Prince's greatness by giving him his own unique shade of purple. And it wouldn't be a new week without some drama, which is provided this time around by Chris Brown going into brutal detail about that fateful night back in 2009 that changed his and Rihanna's life. We'll also be throwing some items about A Tribe Called Quest, Dave Chappelle, Lionel Richie, Kendrick Lamar and few others while we're at. So people around the world, join hands and read on.