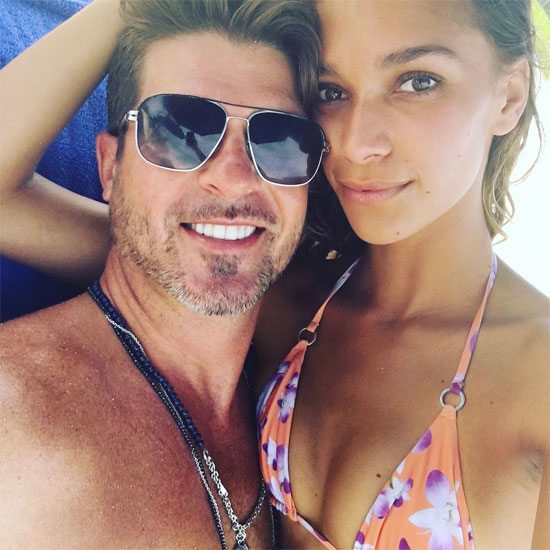 Robin Thicke's Girlfriend Has A Baby On Board

The R&B baby boom continues with news that Robin Thicke's girlfriend is expecting. 22-year-old model April Love Geary announced on Instagram that she's pregnant with the 40-year-old singer's baby. This will be the couple's first child together and Thicke's second, joining big brother Julian Fuego, his son with ex-wife Paula Patton. What makes this baby announcement all the more sweeter is that Geary's projected due date is March 1, 2018, which would have been Robin's late father Alan Thicke's 70th birthday. #BabyThickeOnTheWay