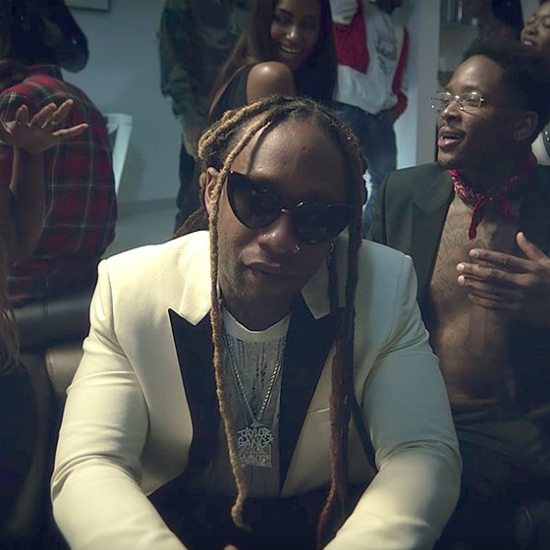 When you put artists such as Ty Dolla $ign, The-Dream and Lil Wayne all on the same track, what do you expect for these three to talk about? Economic empowerment? The latest episode of Insecure? Maybe Nivea's cooking? If you said their ability to put it down like no one else, then you’d be exactly right. Oozing machismo, the trio comes three the hard way on the club banger “Love U Better."

Produced by DJ Mustard and Twice as Nice, “Love U Better” is an uptempo track full of synths, trap soul elements, lascivious lyrics and an interpolation of Mary J. Blige's "I Can Love You" on the chorus. It serves as a perfect backdrop for dancing and bragging about your sex game. Ty opens up the festivities with sweet nothings like, “Gave it to her, made her scream 'Da! Da! Da!’ / Now you want to act all 'Ra! Ra! Ra!'” Lil Wayne, whose verses have been hit or miss lately, shows us he’s sipping from his mysterious cup again, giving us such wince-worthy lyrics such as, “Imma rest in peace in it / Pop a toe tag.” The-Dream, known for his own audaciousness, decides to play it cool this time around. He sticks to singing the chorus, his falsetto serving as a great counter to Ty’s husky baritone.

Directed by Ryan Hope, the video finds Ty and company rolling up to a posh house party at a Los Angeles mansion. There’s drinking, smoking and plenty of pretty women around. Off on his own mission, Weezy F. Baby is having a private party in the bathroom, serenading a chick in the shower while spitting his hot 16. These scenes are juxtaposed with clips of Ty at the same mansion during day arguing with woman who is apparently at her wit's end. The clip ends on a mysterious note; Ty broodingly walks outside to the balcony as the music fades and we hear audio of a domestic argument. There’s also a child sitting on the steps of the mansion, watching all of the adults party and bulls**t. However, he soon disappears. We aren’t sure what this creepy little boy has to do with the song or the video, but we're curious about the Lifetime movie of the week potential of the next video.

We can’t talk about this particular track without mentioning the irony of The-Dream and Lil Wayne being featured on the song together. The notorious playboys have not only dated the same women, but they have a baby momma in common. There’s been alleged tension between the two musical titans, however, it seems they’ve either let bygones be bygones or real just recognizes real.

“Love U Better” will be featured on Ty Dolla $ign’s upcoming sophomore album, Beach House 3. There's no official release date for the project, but we're guessing its coming sooner rather than later. For now, hit play and let us know if you have any love for this new track.