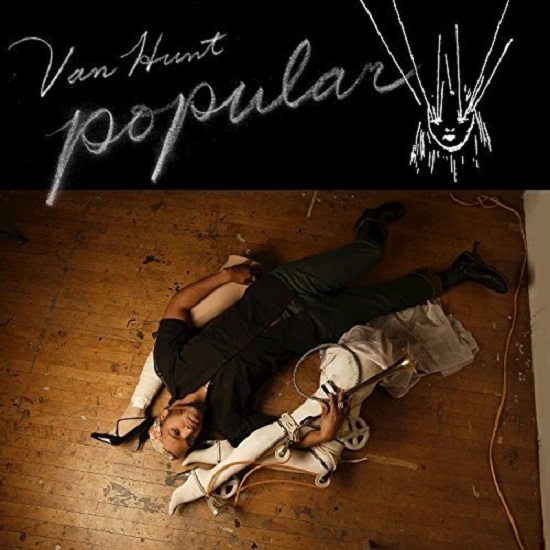 Around this time way back in 2007, singer/songwriter Van Hunt was gearing up to release his third album, Popular. Coming off the heels of his successful 2004 debut Van Hunt and its follow-up, 2006's On The Jungle Floor, it seemed like Van was going to release a left-field game changer, possibly even the best work of his career. However, a month before the set's January 2008 release, his label Blue Note pulled the plug on the project and they eventually went their separate ways, with the company holding on to Popular (Industry rule No. 4080, anyone?). Fast forward a decade, though, and the album is finally seeing the light of day thanks to a persistent Van, who re-approached Blue Note and asked them to reconsider releasing the project. Thankfully current Blue Note president Don Was agreed and here we are.

Popular could perhaps be considered the missing link between the artist we first me and the Van that we know today. There are elements of his perfectly polished funk sound for sure, just look to opener "Turn My TV On," "The Lowest 1 Of My Desires" or "Blood From A Heart Of Stone," and a few other tracks. The set also contains some of his early flirtations with other sounds, such as his revisiting of Sly Stone-era ruminations on tracks like "N The Southern Shade" and "Bits & Pieces." But perhaps what's found here that has become a thread through most of his projects since is a balance of biting cynicism and underlying hope, which he plays with masterfully. Whether it's the paranoid glee of "Turn My TV On," the heartbroken lasciviousness of "Prelude (The Dimples On Your Bottom)" or the soulful and folksy ballad "Bits & Pieces," Van flexes his pen in a way that gives the songs a timeless quality that makes them sound fresh even after blowing a decade of dust off the album.

“I put my whole world into making this record," Van said in a statement about the album's release. "But looking back, my world was a different place then. I was different, then. I thought my world was all there was. I was to learn that the emotions on that record couldn't overwhelm the events that would befall its release. Piracy, changing technology, collapsing economy – we – this entire industry – went under. One lesson remains obvious, though: we are all responsible for the society that births our culture, and the manner in which it is nurtured. And that is why I approached Blue Note with an idea for a fresh start. My strength allows me to be proud of the last 10 years. Their sincerity allows me to be excited about the next."

You can stream Van's previously lost Popular via Spotify below and download your very own copy from your favorite digital retailer.