Brooke Valentine Is Ready For ‘Now’ 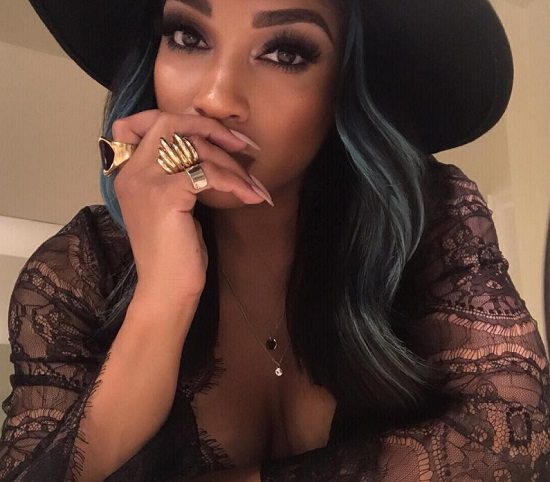 She might currently be starring on Love & Hip Hop: Hollywood, but it's been quite some time since we've heard from Brooke Valentine musically. The "Girlfight" singer, who first burst onto the scene with the rowdy 2005 track, seems to have dropped her fighting ways and turned into more of a lover — at least that what her new single "Now" indicates.

"Now" finds Miss Valentine bedroom-focused, ready, willing and able. To illustrate just how ready she is, the songstress turns to a Timbaland-esque beat that stutters, stops, ebbs and flows seductively. It's a groove primed for coaxing her man into her waiting arms, an opportunity Brooke takes with pleasure. "Don't tell me you don't wanna see me with anyone else / When you know you wanna claim this for yourself," she sings breathily. She continues singing enticing sweet nothings before dropping any pretense on the fbridge, singing, "Whatever you wanna do/Leaving it all to you/Say the word, I'm so ready." Her desire is barely held back in her vocal delivery, with her honeyed tone mingling with swirling vocoder to create an intoxicating effect that you won't soon forget.

"Now" doesn't come attached to the announcement of a new project, but with her star back on the rise, we're sure something new will be coming from Brooke Valentine's way sooner rather than later. Until then, enjoy "Now" when you press play.