Lalah Hathaway Parties The Night Away In ‘I Can’t Wait’ 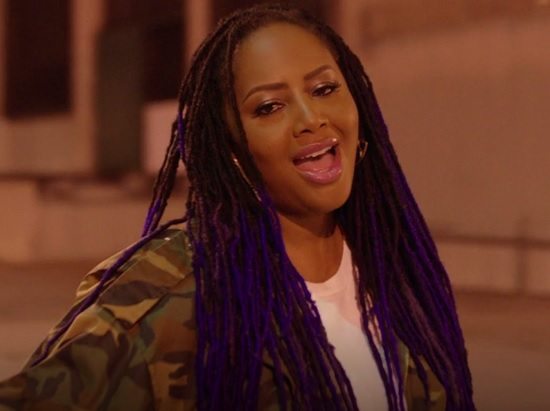 Lalah Hathaway might be currently be touring in support of Mary J. Blige's Strength Of A Woman Tour, but that doesn't mean she doesn't have her own material to promote. She's doing just that with her current single "I Can't Wait" by dropping the much-anticipated video for the happy-go-lucky track.

Though the song itself tells a love story, the video opts to let us fall in love with Lalah rather than complicate things with a straightforward narrative. The action gets started as soon as the first note drops, with Lalah walking the late night streets as she sings. We soon see exactly where she's headed though, as we're led into a raucous party where the Tanqueray is spilling into red cups, people are dancing on the floor (err...roof) and Lalah is the center of attention. She puts that spotlight to good use as she flashes her signature megawatt smile, takes over the DJ booth and even cuts a few two steps and line dances in the name of having a good time with her friends. It's an enjoyable clip. In fact, the only thing missing from it was our invite to the festivities. You've got us next time, though...right, Lalah?

"I Can't Wait" is, of course, the first single from Lalah Hathaway's upcoming album Honestly, which is set to drop later this year. Get ready to party with Lalah when you take a peek at the video for "I Can't Wait" below.