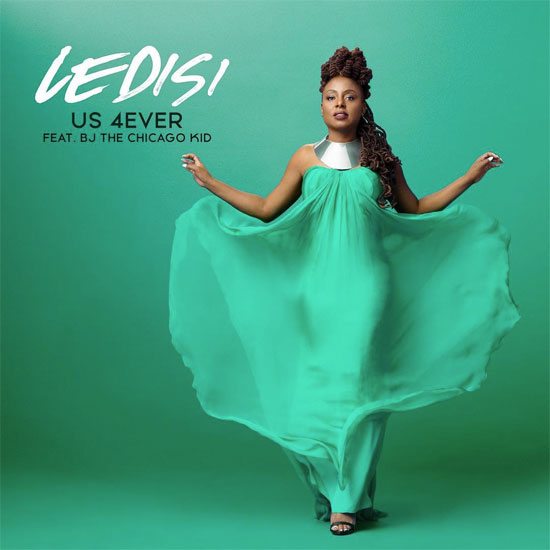 As we impatiently await the release of Ledisi’s new album, Let Love Rule, she continues to tease us with music from the project. “High” got the party started, "Add to Me" gave our spirits another bump and the old school rhythm of “Here” kept us going strong. Now she's blessing us with her latest listen from the collection with “Us 4Ever” featuring our main man BJ The Chicago Kid.

“US 4ever” is a mid-tempo ballad about a relationship that is dysfunctional yet functional at the same damn time. Of the record, Ledisi states, "That might sound crazy to some, but love is that simple and yet very complex for so many people.” Over a sound bed of bass guitar, drums and keys, Ledisi delivers some hard truths. “Love ain’t unconditional / We give up when it ain’t working," she sings in the first verse, later continuing, "Then we find all the reasons to stay / That’s just the way we do.” “Us 4Ever” isn’t a traditional duet, as BJ doesn’t contribute to the track until after the bridge. Of course, when he does show up, he shows out, but we were looking forward to hearing the two trade a few verses and ad-libs. But that might be too much of a good thing. Here’s hoping the two work together again in the near so that we can get all of the vocal dramatics we were craving.

The highly-anticipated Let Love Rule is slated for release on September 22nd. If you haven’t pre-ordered the album yet, we suggest you go ahead and do that right now. It’s damn near a pre-requisite for cuffing season. And the only thing better than a Ledisi album is a Ledisi live performance. In fact, you can catch the star making her way across the country as part of The Rebel, The Soul & The Saint Tour with Kirk Franklin and special guest PJ Morton. For now, get into the love conquers all (even our bulls**t) vibes of “Us 4ever.”