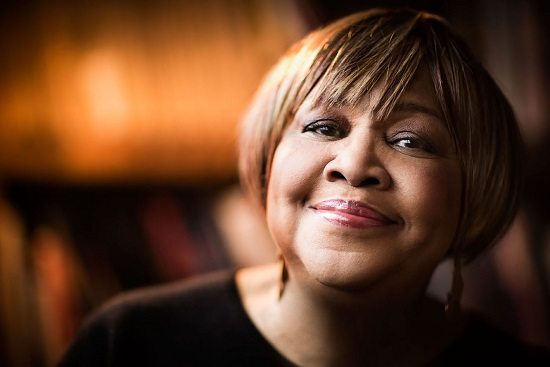 We are blessed to live in an age where we celebrate #BlackGirlMagic and #BlackBoyJoy, but being Black in America is rife with challenges. Despite our numerous achievements and contributions to society, here we are in 2017, still dealing with racism, still fighting injustice and still heavily embroiled in struggles for civil rights. Modern-day protests and movements like Black Lives Matter, have largely been spearheaded by Millennials and Generation Z. Yet we mustn't forget the efforts of our living elders, for whom this has been a decades-long battle.

One such forebearer is gospel/R&B icon Mavis Staples who initially rose to prominence as the lead singer of her family band The Staple Singers before establishing a solo career. Although she's been a celebrity since her early teens, she and her family still encountered many instances of racism. Discontent to sit back and do nothing, they channeled their moral outrage into positive action, linking up with family friend Martin Luther King, Jr. to provide the soundtrack for the Civil Rights Movement. Now, decades later, Mavis is compelled to speak out once again with her upcoming album If All I Was Was Black.

According to an official press release, the 10-song album is a response to the "prejudice, ugliness and danger" still prevalent in this country, "a present day filled with ghosts of the past." If All I Was Was Black marks her third collaboration with Wilco frontman Jeff Tweedy, a partnership that has earned GRAMMY gold in the past. "In the wake of the current race-baiting and rhetoric of exclusion appearing not just on the streets, but issuing from statehouses and even the White House, Mavis and Tweedy found themselves completely in sync and wanting to say something about the fissures dividing the country."

According to Mavis, part of the problem is that "We're not loving one another the way we should," a sentiment that is echoed throughout the album's titular lead single. Against a country-soul backdrop driven by guitar, she sings,"If all I was was Black / Don't you wanna know me more than that? / All the love I give / Got natural gifts / I've got perspective." Ms. Staples is almost 80 years old, but her voice, like her conviction, is still clear and strong.

Ahead of the album's November 17th release, Mavis will join her longtime friend (and former paramour) Bob Dylan on a North American tour. After listening to the title track of If All I Was Was Black below, scroll down for tour dates then head to Mavis Staples' website where you can purchase tickets and pre-order the album. You can also hear this living legend's distinctive voice on recent tracks from Arcade Fire and Gorillaz.