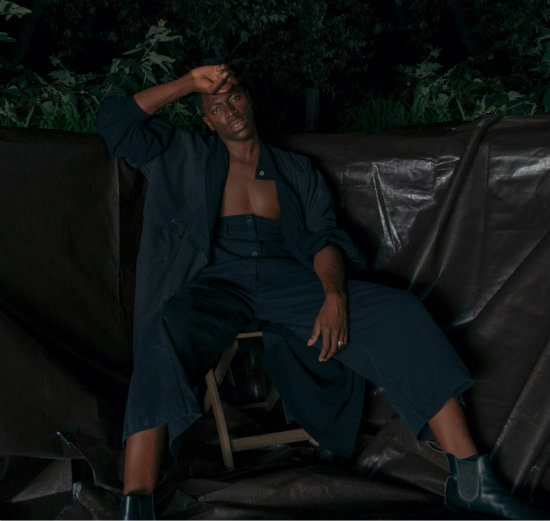 As the old saying goes, good things come to those who wait. For fans of Moses Sumney, that patience is finally paying off in the form of a flurry of new music leading up to the release of his first official full-length album, Aromanticism, due out later this month. The latest musical treat that he has dropped off for our hungry ears is the stunningly gorgeous "Indulge Me."

The sparse, acoustic-driven song stays true to Sumney's hypnotic and haunting style. The song unfolds ever so slowly, taking almost a full minute before we even get to hear the ethereal vocals that we've all come to know and love. "Indulge Me" finds him lamenting the lasting effects a past lover has had on him, plaintively singing lines like, "I don't trouble nobody / Nobody troubles my body after." His voice never quite rises above a whisper, yet the effects are felt. At once melancholy and soothing, Sumney seems powerless to the hold this person appears to have over him.

"Indulge Me" is the third single taken from the album, following the first single, "Doomed." His album, Aromanticism, is available for pre-order on iTunes ahead of its September 22nd release date on his new label home, Jagjaguwar Records. Expect appearances from the likes of Thundercat, Cam Ob’i and KING's Paris Strother, who all appear on "Quarrel," which dropped last month. Check out "Indulge Me" and the album's tracklist below before adding this one to your musical wishlist.