PJ Morton Has Trust Issues In ‘Go Thru Your Phone’ 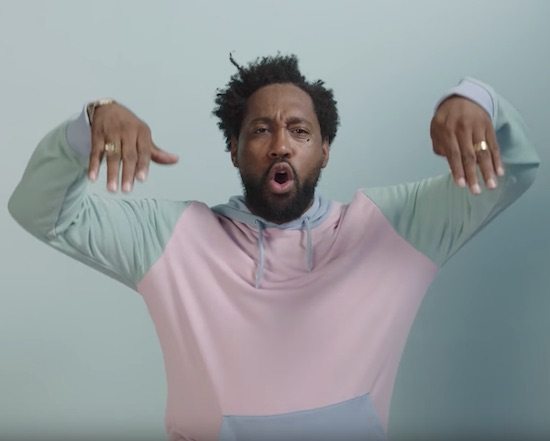 If you want to know who's been having a great year, look no further than in PJ Morton's direction. The SoulBounce fave released his most recent, and arguably best, album Gumbo back in April, and it's been in heavy rotation ever since. He's dropped singles, filmed videos and taken his show on the road on a successful U.S. tour this summer with another tour on the way with Ledisi and Kirk Franklin this fall. He can't lose, and his winning streak continues with the whimsical music video for "Go Thru Your Phone."

Morton's new single touches on some of his trust issues when it comes to his lady. "I get scared from the thought of someone else having your heart," he sincerely opens the song. He ends the verse admitting, "I don't want to lose my best friend." What has PJ so concerned and suspicious about his bestie? Her mobile phone. His curiosity about what's happening on her private line is killing him, but he tries to convince himself otherwise. He breaks it down on the chorus, singing, "I don't wanna go thru your phone / Some things are better left unknown / I'd rather keep living in my daydream / Keep thinking that things are just what they seem."

Although PJ resolves himself to leave well enough alone in song, that's out the window for the visual when his girl gets a call from a muscle-bound hunk named Big Daddy. Yeah, that would give us pause, too. His bae pops up outta nowhere to catch him with her phone in his hands, and he tries to explain it away in a hilarious exchange between the two that sets the tone for the video. Director Cinemadona is once again behind the lens, and she goes in a different direction from her previous work with PJ on videos for "Everything's Gonna Be Alright," "Sticking To My Guns" and "I Need Your Love." Here, a simple soundstage gets transformed into both an abstract beach and a gym setting as we see PJ deal with his suspect boo and her obsession with her phone. Morton later comes face-to-face with Big Daddy, and they come to blows in a comical fight scene.

Thankfully no PJ Mortons were harmed during the filming of this video.