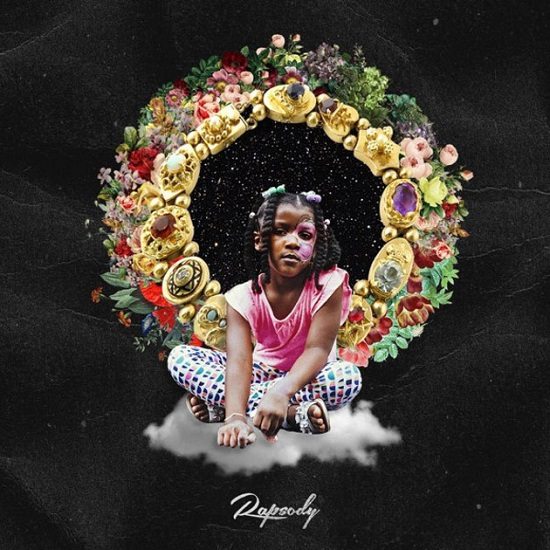 With a handful of mixtapes (including 2016's Crown), two studio albums (full-length The Idea of Beautiful and EP Beauty and the Beast), hard-hitting loosies like "The Pain" and umpteen guest features to her credit, Rapsody has packed quite a lot into her impressive decade-long career. Deftly tackling heavy subjects like domestic violence, colorism, police brutality, broken homes and the trappings of fame, it would be understandable if the North Carolina rapper had (temporarily) run out of things to say. But as she proves on her Jamla Records/Roc Nation debut, Laila's Wisdom, her fountain of wisdom hasn't run dry. In fact, it overfloweth, resulting in a 14-track opus that is arguably her best collection to date.

Inspired by the knowledge passed down from her late grandmother Laila and beholden to her shibboleth of "Culture Over Everything," Rapsody delivers compelling narratives with a rap style that is magnetic, animated and endearingly blunt. Jamla head, beatsmith and longtime collaborator 9th Wonder handles production duties – with assists from The Soul Council members like Nottz, Young Guru and Khrysis – providing the old school hip-hop/soul/gospel backdrop that helps each track to stand on its own. Another music genius, Terrace Martin, was also on hand, providing further enhancement with live instrumentation.

In addition to Rap's distinctive flow and and the ear-catching background arrangements, a diverse line-up of guest artists help make Laila's Wisdom a continuous stream of greatness. Having been featured on To Pimp a Butterfly and Malibu, Kendrick Lamar and Anderson .Paak return the favor appearing on "Power" and "OooWee," respectively. Anderson also appears on "Nobody" with Black Thought and Moonchild. Soulman BJ The Chicago Kid blesses two tracks, "Black & Ugly" and "Knock On My Door," while contributions from Musiq Soulchild, Gwen Bunn, GQ, Amber Navran and Lance Skiiiwalker keep things interesting at various point throughout the album. Each artist makes a notable contribution, but no one outshines Rapsody. Not even hip-hop gawd Busta Rhymes. The rapper, who spits a hot proposal-like verse on "You Should Know," proclaimed via social media that the album is the best he's heard "from top to bottom in its entirety...in the last 10yrs."

We agree that this album represents the best that modern-day hip-hop has to offer. Stream Laila's Wisdom below, currently available for purchase via iTunes, and see if you agree.