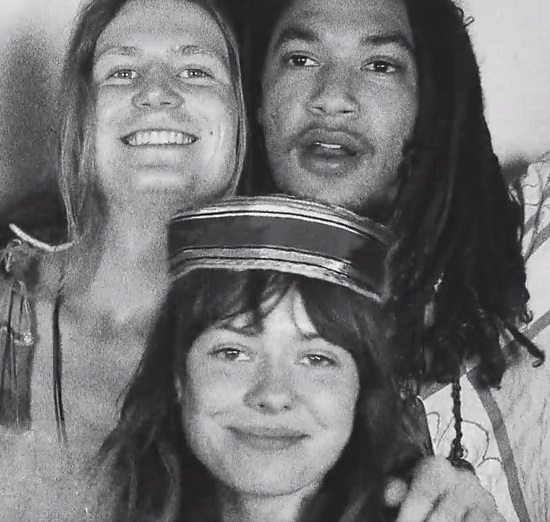 The Autumn Equinox won't occur for another three weeks – a minor technicality for many of us in the U.S. who consider Labor Day weekend as the ceremonial end of summer. But don't get it twisted, we're in no rush to say goodbye to those lazy-hazy-crazy days, and it seems like the men of Rhye feel the same way. In an effort to extend the glow of summer, they tapped German singer/songwriter/producer Roosevelt to rework "Summer Days," and dropped new visuals as well.

Roosevelt doesn't disturb the original too much, but it's enough to have an impact. By tweaking the tempo, making the bass a lot funkier and brightening up the overall sound with a disco sheen, the remixer gives us a new appreciation for the infectious groove. Further enhancement comes by way of the cute video directed by Genevieve Medow-Jenkins. Frontman Mike Milosh explains the concept, sharing, "The Photoautomat is a private space within a public sphere. Located on many populated streets in Berlin, with just a curtain for privacy, the photoautomat allows people to be who they want to be unabashedly, expressing silliness, sadness, intimacy and joy. The environment that the photoautomat fosters is what we hope to encourage more of in the world we are creating: more coming together, more love, more joy and humor. It is this sentiment that we chose to embody in this video that celebrates being whoever you want to be with whomever you want to be with."

When the musical partners surprised us back in July by ending their hiatus with new music and a new video, we were more than happy to welcome them back to our playlists. While we wait for more new music, this "Roosevelt Remix" is the perfect snack to hold us over. Listen/Watch the visuals below, purchase the single via iTunes and follow Rhye on Twitter and Instagram for updates.