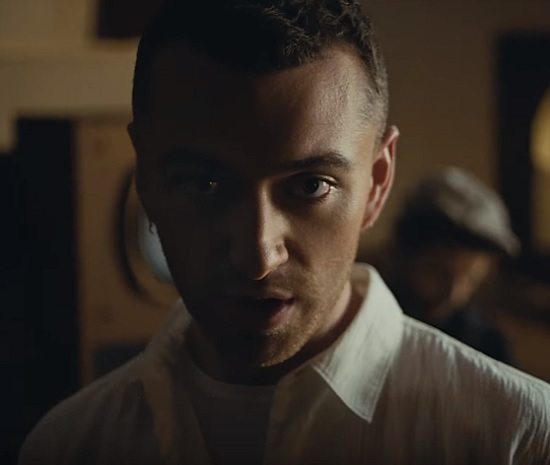 Sam Smith's return was inevitable. We mean, his debut In The Lonely Hour basically took the world by storm when it dropped back in 2014. However, given today's musical climate, it is surprising that it's taken this long for the British crooner to return to the scene. That's all to the good now, though, as we've finally gotten signs of life with his recent single "Too Good At Goodbyes" and we even get a good look at Smith in the recently released video for the track.

The track itself, with its self-sabotaging, lovelorn lyrics, is exactly in the lane that Sam established on Lonely Hour. The video also continues in the same motif. We see Sam in his element, singing while accompanied by a pianist in an otherwise empty room. And, as with videos like the one for "Stay With Me," by the time the chorus hits, the room is filled with other musicians adding their own sound to the mix. The thing that is different here, though, is that Sam decides to include others throughout the video. We see couples of all stripes — including straight, same-sex and multiple ethnicities — as well as friends and loners in vulnerable moments. In showing these wounded, and possibly star-crossed, lovers, the video captures an unexpected intimacy — especially for a song that's about one's ease with breaking things off.

Sam Smith's as-yet-untitled sophomore set doesn't have a release date, though it is rumored to be coming out before the holidays and will possibly include a collaboration with Timbaland. Looks like we'll have a lot to look forward to as the nights grow colder. In the meantime, check out the video for "Too Good At Goodbyes" right here.