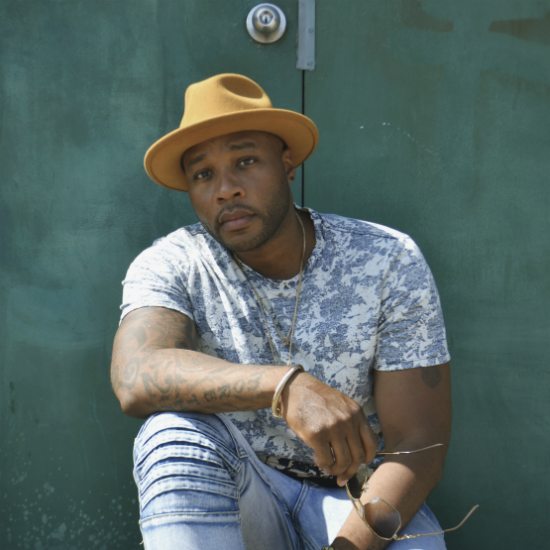 When he wasn't backing some of the most popular R&B artists of today and touring around the world, Gene Noble has been getting busy in the studio and working on his next album. We'll soon hear the fruits of his musical labor when The Cost is released this autumn. The highly anticipated follow-up to his debut project, Rebirth of Gene, is almost ready to be unleashed, but first we're bringing you the official world premiere of Noble's new single "Never Know."

On "Never Know," Gene spits some serious game and encourages the object of his desire to make her next move her best move. He makes a very convincing argument with seductive lyrics like, "Windows to your soul / I'm tryna open up the windows to your soul / I wanna make you love me," over a sensual sound bed of thumping 808s, synths and twinkling vibraphone. Unfortunately for her, she's already with someone and not really trying to hear him, but that's not stopping him from shooting his shot. "It's not my fault that I didn't get to you before he did / You'da never been mistreated," Gene continues, highlighting just how much she isn't winning at life. Sadly, she'll never know how good they could have had it together.

Noble flexes his pen game and vocal range on "Never Know" while Sherwin Keith Rice II, professionally known as KinG!, holds it down on production. The song is a slinky piece of soulful R&B with a few trap elements and ad-libs incorporated. Gene's swagger is confident yet sincere on this song about missed opportunities and risking it all. If you're looking for some new cuffing season vibes, "Never Know" is right on time.

Press play to be seduced by Gene Noble's "Never Know," and add the song to your collection right now with a purchase from your digital retailer of choice. Look out for The Cost to be released by Foreground Entertainment Group/Globestone on October 12th in conjunction with a short film.