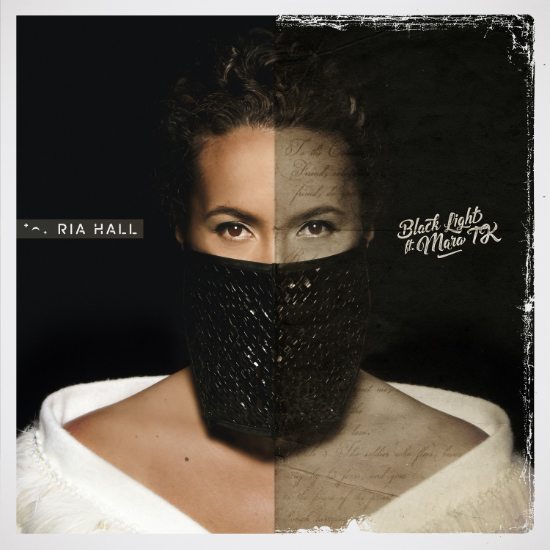 New Zealand may seem an unlikely place to find music of the soulful variety, but acts such as Electric Wire Hustle, Ladi6, Fat Freddy's Drop and Isaac Aeslili have turned that notion on its head in recent years. They've graced our pages and playlists quite frequently with a creative blend of soul, electronica, hip-hop and jazz. Joining the aforementioned artists and soon to be in heavy rotation is NZ's Ria Hall, who unveils the lead single from her debut album with a SoulBounce exclusive world premiere.

Known for performing in both English and Māori, Ria Hall has garnered critical acclaim and accolades with a sound that fuses neo-soul with hip-hop. After the release of a self-titled EP back in 2011, she's looking to take things to the next level with her official debut, Rules of Engagement, a concept album inspired by the New Zealand Wars of the 1800's and described as "an epic collision of traditional ways of thinking and modern musicianship."

The song "Black Light" serves as the first listen from Rules of Engagement and a fine introduction for many to Hall. The single is produced by Electric Wire Hustle and features the group's frontman Mara TK. Together, Ria and Mara's voices soar as they harmonize over a lush sound bed of bass, guitar and live drums. Hall honors her ancestors in her lead verse, singing, "What do I see over yonder / Black rainbow breaking blue sky / A ray of hope for the children / The descendants of those who have gone before." Her vocals begin subdued before building to a passionate crescendo leading into the chorus where her partner simply repeats, "Black light, shine bright." Mara TK begins his verse with the lyrics, "Broken men can be transformed," and he delivers it with such conviction that we truly believe him. "Black Light" may be inspired by Māori history, but it's something that people of color around the world can relate to and find strength in.

With "Black Light," Ria Hall provides an impressive sample of what's to come on Rules of Engagement. The album is due to be released on October 27th and will feature 16 tracks rooted in a rich history and culture and seeking to spark conversation and understanding today. Press play on "Black Light" to fall under Ria Hall's spell and keep up with her on Facebook and Twitter.