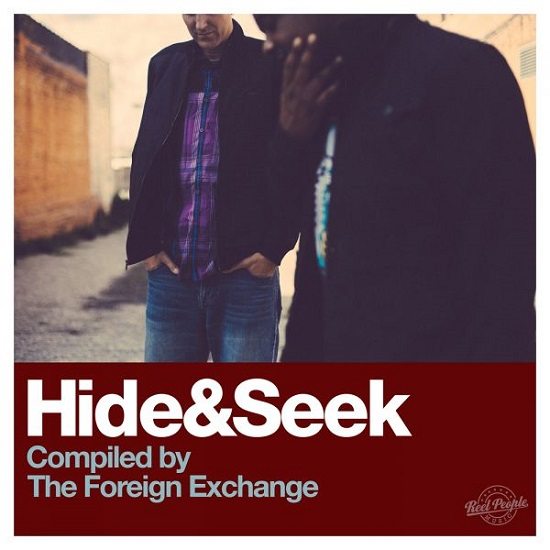 Last month, we got a little happy when news dropped that a collaboration between The Foreign Exchange and Reel People Music would be happening in the form a compilation. Now that compilation, Hide&Seek, has been released to the world and we're even more excited. That's because the collaboration combines everything that we love about +FE and Reel People while giving us a few new names and sounds to love.

To kick things off and begin us on the aural journey, brand The Foreign Exchange track "Shelter" sets the mood. The song, a soothing song about being someone's shelter during tumultuous times, is not only timely but much needed in a climate where micro-aggressions and flat-out assaults on our personhood are commonplace. While "Shelter" starts things off, though, it doesn't necessarily set the compilations tone, as we're taken everywhere from straight up house to trap-influenced R&B and everything in between. Bosco stops through with her 2014 single "MPH," on which the singer updates an '80s aesthetic to fit her modern sound. Art Nap also impresses with his mellow single "Close To You," which offers an unexpected earworm of a love jam. Among other indie artists like Echelon The Seeker and The Dividends, who offer fresh takes on the R&B genre, there are also appearances from members of the +FE family. Tamisha Waden's "Good For Me" is a throwback to the jazzy R&B that talented ladies like Anita Baker and Phyllis Hyman contributed in their heyday, meanwhile remixes of Zo!'s "Just Whatcha Like" and The Foreign Exchange's "Asking For A Friend" end the compilation with upbeat, danceable jams that will have you soul clapping as you start your day, walk down the street or make your regular commute.

Hide&Seek pulls off two tricks. It acts a showcase for a few talents that have gone under the radar but should definitely be heard and it reacquaints us with The Foreign Exchange in a way that we haven't gotten to previously. In other words, you're definitely going to want to check this out. Give Hide&Seek a spin below via Spotify and purchase it at your digital retailer of choice.