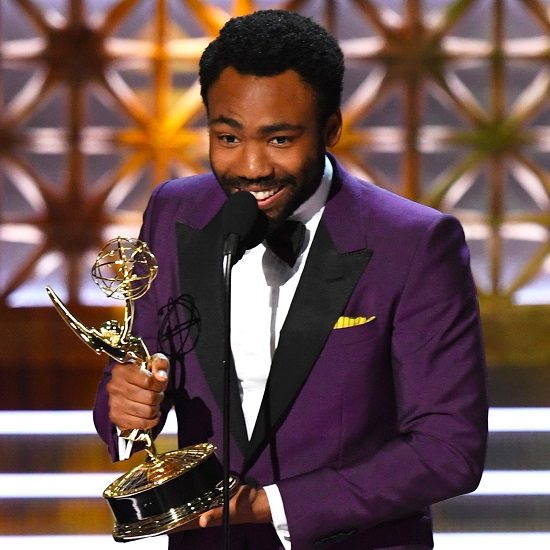 The 69th annual Primetime Emmys was a night of historic firsts for African-Americans (though we won't even discuss why, in 2017, we're still having to say "the first black to win..." in 2017). We must give props to Master Of None's Lena Waithe for securing the Emmy for Outstanding Writing in a Comedy Series, making her the first black woman to ever receive the honor. Props are also given to the multi-talented Donald Glover, who managed to take home two historic trophies on Sunday night. He was awarded the Emmy for best directing in a comedy series for his work on his acclaimed FX show Atlanta, making him the first-ever black person to win the award (perhaps making the moment even sweeter was that it was presented by modern day comedy legend Dave Chappelle). But he didn't stop there. He also picked up the Emmy for best actor in a comedy series, making him only the second black person to win the statue (the first was Robert Guillaume, who won in 1985 for his sitcom Benson).  #OneForTheHistoryBooks