Tinashe Teams Up With the NFL To ‘Light The Night Up’ 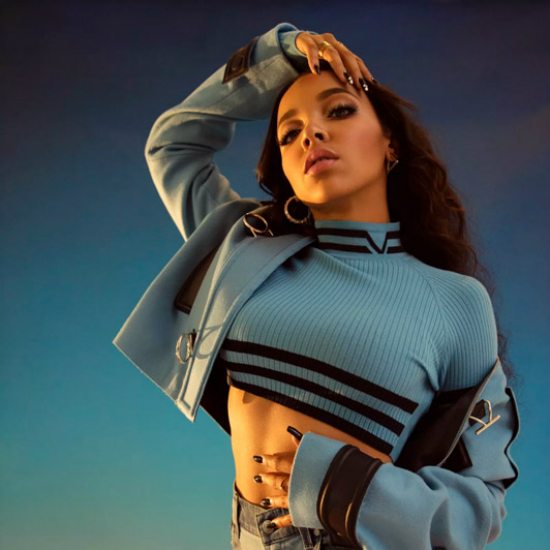 Singer, songwriter, actress and little engine that could Tinashe refuses to let you count her out despite her own efforts of self-sabotage. She got dragged across social media for a clickbait article quote about her ethnicity, got turned around at the door to Rihanna’s fashion show event and her singles have failed to catch on. However, Tinashe is still trying to make Tinashe happen. For her latest effort, she’s teamed up with NFL Network’s Thursday Night Football for their new theme song. While we love the idea of our girl getting to the paper by teaming up with a big brand, the optics of such a deal aren’t great considering the current boycott of the NFL. She didn't see how Hov avoided that mess? Bad timing aside, we still want Ms. Kachingwe to win. In fact, we hope that she’ll “Light The Night Up” with her new single.

“Light Up The Night” is an uptempo pop ballad produced by VonLitchten and Hitmaka. It’s energetic production and upbeat lyrics are designed to get your heart racing and help you party your cares away — no glow sticks required. “I’m feeling electric tonight / We won’t stop ‘til we’re there / And my feet hit the ground / We’re cheering tonight / And we’re loving the sound,” she sings on the track. The lyrics are fitting for a football game or a drugged-out rave. We're not sure if it will make it on the list of great sports songs, but it'll do in a pinch.

“Light Up The Night” is a departure from the moody atmospheric music we’re used to from Tinashe. It also lacks some of the edge, or rather personality, that made her shine even when her creative grasp doesn’t match her reach. The track, however, isn’t a bad song. It's perfect for getting crowds of all ages hyped for the game. While somewhat generic, with the right video and choreography, it could actually be good for her career. Tinashe has already announced via Twitter that this isn’t a single from her long-awaited and long-delayed album Joyride, but we should get new music from her "soon" — whatever "soon" means. Hit play and let us know if “Light The Night Up” will tide you over until our girl finally gets her project out.