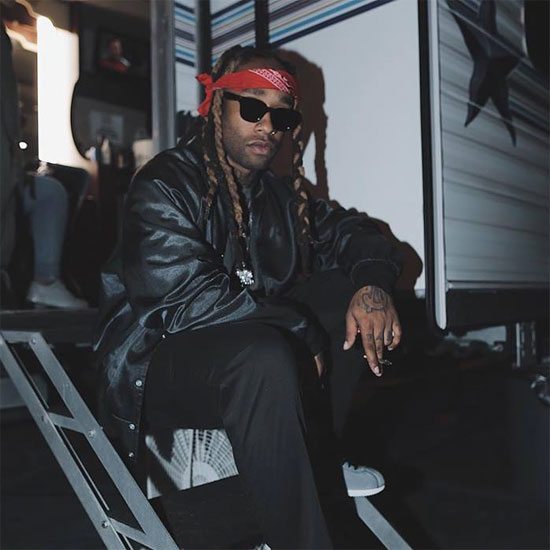 Ty Dolla $ign recently bossed up and flossed up with his single “Love U Better” featuring Nivea’s baby daddies, The-Dream and Lil Wayne. He followed that posse cut up with the reggae-lite “So Am I” featuring Damian Marley and Skrillex. Now he’s released a pair of new cuts that give us another glimpse into his upcoming sophomore album, Beach House 3.

Up first is “Dawsin’s Breek” featuring fellow warbler Jeremih, which despite its similar title has nothing to do with the popular '90s teen drama Dawson’s Creek. Instead, the song is pretty much about pulling up to the club in a flashy whip and stunting on everyone who can’t afford valet or VIP. There are a few of the usual tropes, such as repetitious verses that sound more like choruses, but Jeremih adds a little sing-rap to the track, breaking up some of the monotony. The song rides the boom and bass of a Mike WILL Made-It track, and although it's nothing spectacular, for party and bulls**t music our boy Ty makes the basic track work.

While “Dawsin’s Breek” is about stunting as you pull up to the club, “Message In A Bottle” gives us another side of the party lifestyle. The liquor is flowing and women are jocking, but when the Hennessy hits the system, it gets Dolla to start to thinking about his ex. He's thinking she should share her location so he can pull up on her. Meanwhile, the liquor is also affecting him physically, rendering him too drunk to drive. He's lost in the sauce, mentally and physically at the same damn time, as he vibes out over a chill sound bed of keys, synths and programmed drums.

“Dawsin’s Breek,” "Message In A Bottle" and his previously released singles will find a home on Ty Dolla $ign’s Beach House 3. If you’re confused as to how it’s his sophomore album but it’s named Beach House 3, not to mention the fact that he seems to have a new project out all the time so he should be on album seven, just roll with it. It doesn’t matter as long as keeps your speakers thumping and head nodding with the 20-track LP when it drops on October 27th.