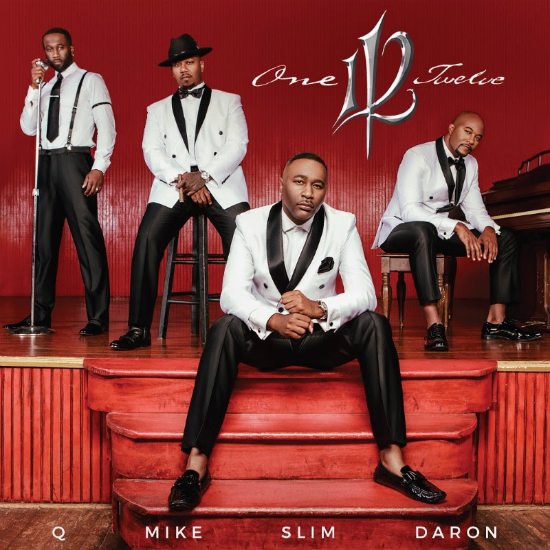 Veterans of the game, 112 are putting the final touches on their comeback album, Q Slim Mike Daron, named for each of the members. While Total, who named their sophomore set Kima, Keisha and Pam, are probably not amused, we’re at the very least curious about what the group has for us after a 12-year hiatus. While each member has released solo material in the interim, none could capture their heyday of the late ‘90s and early 2000s. So far, they’ve given us a few gems with “Strawberry” and the latest, “Dangerous Games.” With the release date of October 27th edging closer, the group has released a video for “Dangerous Games,” along with the album artwork and tracklist.

In the video for “Dangerous Games,” the fellas have fun in an underground speakeasy circa the 1930s. It opens with an old-school title card and credits for the clip. We then walk into an underground casino where the guys are performing. Decked out in the same tuxedos with white blazers and black plants as the album cover, the boys hit their notes and dance steps while the patrons play games and smoke cigars. In between performance clips, there’s a story going on between the group and the patrons of the club. However, we don’t exactly learn what’s going on with the gang and those huge furs they’re wearing before the po-po comes and breaks up the party.

Q Mike Slim Daron will be the fifth album from the Bad Boy Records alums, their first project since 2005’s Pleasure & Pain. The album includes features from their onetime rivals Jagged Edge and their former labelmate Faith Evans. Hit play below to see the fellas suited, booted and serenading their fans like the good old days in the "Dangerous Games" video. The stick around to view the tracklist below and pre-order the album here.


TAGS:  112, faith evans, jagged edge, total
Previous: Justine Skye Finds A Fling Is Better When You ‘Don’t Think About It’ Next: H.E.R. Shares A Vision Of Love In ‘Every Kind Of Way’ & Preps Us For Her ‘B-Sides’ With ‘2’