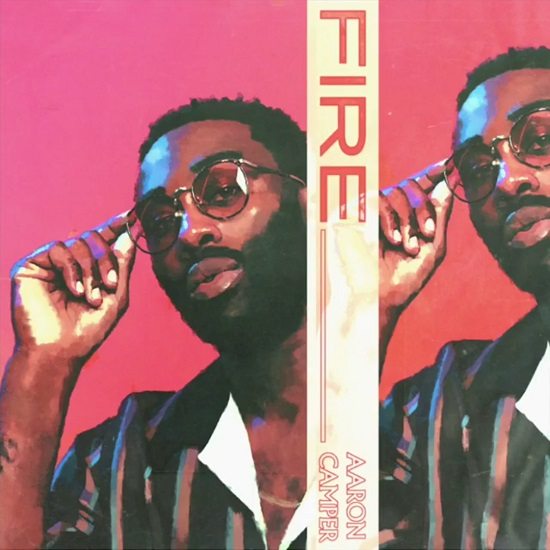 It might not be summer anymore, but your boy Aaron Camper is intent on keeping the music block hot. In three months, he's already delivered two certified R&B bangers with "Heat" and "High $ Habit." Now, he's hitting us off with lucky No. 3 by dropping off his latest joint, "Fire."

While both "Heat" and "High $ Habit" were super slick takes on modern R&B — one a dance-floor-ready groove, the other a brooding love song — "Fire" finds Aaron inject some island rhythm into his formula. He merges his own romantic R&B sensibilities with a bit of reggae as he describes a love affair that's too hot to handle though he can't resist its touch. Over a skank guitar rhythm beefed up by skittering programmed percussion, he suggests that a lady friend spend the night with him even though she's got a man. Aaron doesn't care about that, though, as he's more concerned with what their inevitable hookup could lead to. "Don't mess around and fall in love / And f**k s**t up / You know we got that fire," he sings on the chorus. "We're causing sparks / We're in the dark / Your lips are so damn fire." We don't know about her, but this undeniable joint has definitely got us under Aaron's spell and ready to throw caution to the wind.

"Fire," just like "Heat" and "High $ Habit," will appear on Aaron's Summer Camp mixtape, which Aaron says will appear sometime this month (during an interview with MILK, he also promised a new full-length album will arrive at the top of next year). You can play with Aaron Camper's "Fire" below, but be forewarned — it's kinda hot.