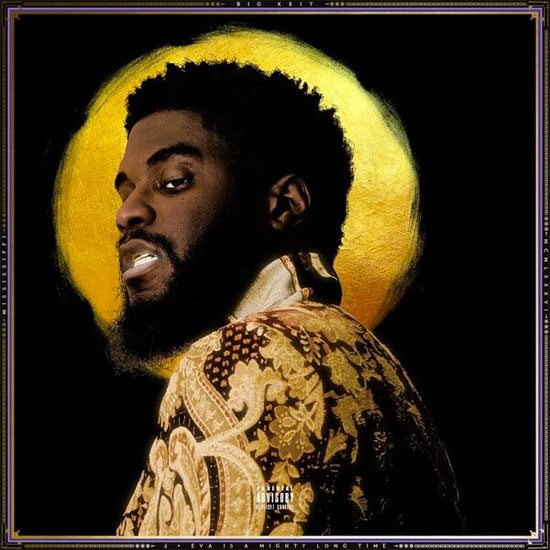 Master lyricist/producer Big K.R.I.T. recently broke his silence in a big way. Though we haven’t heard much from him since his 12 for 12 mixtape last year, the Mississippi-based rapper is set to release his third studio album, 4EVA Is a Mighty Long Time, in the coming weeks. The double-album release includes 22 tracks with no features. This news is music to real hip-hop fans’ ears, as it’s been two years since his 2015 album All of My Life and three years since Cadillactica was released in 2014.

The announcement of a new album comes on the heels of the release of two singles and a self-titled video trailer. On the track “Confetti,” produced by DJ Camper, K.R.I.T. redefines what it means to be successful over a somewhat solemn electric guitar-laden track that transitions midway into the type of head-nodding banger we’ve come to know him for. On the same day that “Confetti” debuted, he also released a video trailer which cleverly foreshadowed the new album announcement. The viewer arrives just in time and watches from the outside as gunshots sound and sparks fly inside of a home. We see K.R.I.T. drag what looks to be a body out of the home and load it onto a truck, before driving into the woods and burying the body. Just before the trailer ends, we catch a glimpse of the corpse’s face bearing a striking resemblance the rapper. One might conclude that the album’s new material marks the “death” of ideals, perhaps even K.R.I.T. as we know him, and showcases the rebirth of an invigorated and enlightened artist.

The most recently released single, “Keep the Devil Off,” gives fans even more of a glimpse of where K.R.I.T. intends to take us with this new project. The accompanying visual, directed by Alex Nazari, features fuzzy, black and white footage of K.R.I.T. praise dancing and chanting the resilient and defiant lyrics, “Lord be my witness / Gotta keep the devil off (keep the devil off).” The energizing and infectious track is just what we need these days, as we all have to work a little harder to steer clear of the enemy’s toils and snares.

4EVA Is A Mighty Long Time will be released on October 27th via Multi Alumni/BMG, but you can pre-order it from a number of digital retailers. In the meantime, check out the album tracklist, the single “Confetti,” the video for “Keep The Devil Off” and the album’s video trailer below.