dvsn Spends ‘The Weekend’ With SZA 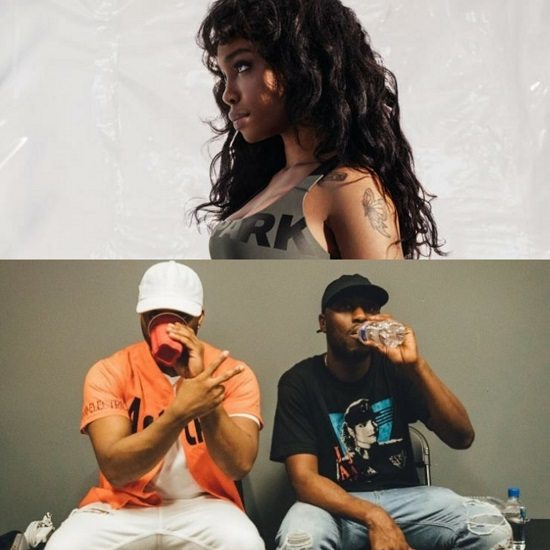 We still have SZA's CTRL album on repeat, and the songstress has been making her rounds while on tour. Just like us, other folks have been keeping SZA at the top of their playlists and it looks like OVO duo dvsn is next on the list to show her love. They recently debuted a "response" track to "The Weekend" on OVO Sound Radio. Keeping the same tempo and pace as the original, dvsn's lead singer Daniel Daley decides to step in after SZA gets done with her first verse.

In dvsn's response to SZA's lamentation of her love triangle, Daniel sings "God knows a n***a doing so wrong / Whatever me and her had is so gone / Ain't really had a friend in so long / But at least you come / But at least you come through." Whether this helps or hurts the situation, what we do know is that Daniel makes it sound as smooth as his tone. After realizing that things may not be working in his favor, he ends his verse with "Beefing every Friday / When I think about it / She might have somebody on the weekends."

"The Weekend" has been receiving coverage from other artists, including Khalid and Miguel. dvsn finally dropped their much-anticipated sophomore album Morning After on October 13th, and it looks like they're picking up steam with the latest loosie. They just released a video for their single "Mood," and we can't wait to see what they have coming next. Listen to dvsn's refix of SZA's "The Weekend" right here to see what they have to say for themselves.