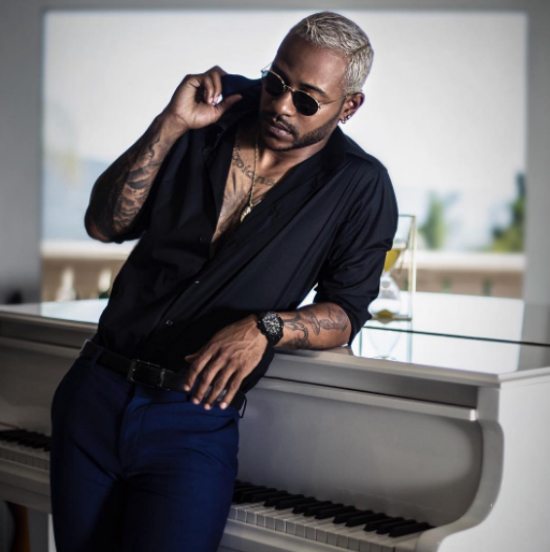 If you've been following Eric Bellinger's E-Mix Monday series, you already know he's never afraid of a challenge. Picture the smooth crooner posted up in the studio with Ayo N Keyz, pulling out mismatched tracks and mashing them up together to create something new. That's exactly what they did when taking on Childish Gambino's "Redbone." The crew surprise us this time around by using SWV's "Rain" as the base of their new masterpiece.

Slick production and Eric's soulful harmonies leave "Redbone" virtually unrecognizable if it weren't for the hook. In true E-Mix fashion, Eric creates a musical scavenger hunt, finding the perfect place to insert another '90s track in the mix. Keep listening and you'll hear Bone Thugs-N-Harmony's "1st Of The Month" because why not?

This has to be one of our favorite out of the E-Mix series, which also includes mixes of Bruno Mars and SZA. Embracing his need to create, Eric has been dropping new tracks left and right. Just last month he released Eric B for President: Term 2 (Acoustic), a stripped-down version of his March release. Cop his latest project over on iTunes and stay ahead of Eric's production schedule by following him on Instagram. Press play on the E-Mix of "Redbone" below and prepare to get your funk and R&B on courtesy of Eric Bellinger.