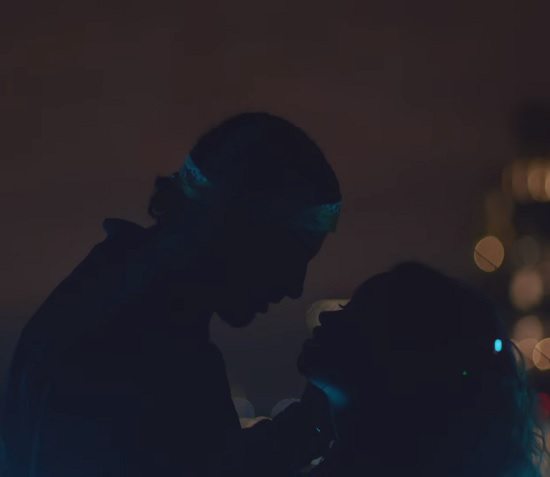 H.E.R. has been a woman of mystery since she stepped on the scene. However, slowly but surely, she's beginning to drop the veil. After dropping her second EP H.E.R. Vol. 2 and hitting the road with Bryson Tiller on his Set It Off Tour, the singer/songwriter is stepping out to headline her own The Lights On Tour this fall and announced she'll be dropping a self-titled, full-length LP in the near future. But that's not all that she's got going on. She's recently dropped her first-ever music video for her romantic Vol. 2 single "Every Kind Of Way" and recently announced H.E.R. Vol. 2 - The B-Sides with her latest single "2."

Just like the song itself, the video for "Every Kind Of Way" is a sweetly amorous affair. It starts with H.E.R. and her beau waking in bed together with big smiles on their faces. At least we assume they both have big smiles as H.E.R. continues the tradition of obscuring her face in the clip, giving us only blurred side profiles and shots of the back of her curly hair. We aren't complaining, however, as the clip still provides us with a loving narrative as we see the couple throughout their day of just hanging out and having fun with each other.

Her single "2," though, is the complete opposite on the emotional spectrum. Where "Every Kind Of Way" is light and loving, "2" is a darker single about H.E.R. flipping the script on a lover who fancies himself a player. Foreboding synths set the tone for the song as she details the ways that she played the game so much better than he could ever have. "Thought I wouldn't find out / Thought I didn’t know how to play the game," she sings at one point. "Could’ve screamed at you for hours / Instead I was screaming somebody else’s name." Ouch, bruh.

As you can see by both the "Every Kind Of Way" video and "2," H.E.R. is a multifaceted, complicated artist not afraid to be both vulnerable and cold as ice. Check out both sides when you peep the video for "Every Kind Of Way" and listen to "2" below. H.E.R. Vol. 2 - The B-Sideswill hit stores this Friday, October 20th, and can be pre-ordered on iTunes now.