Lalah Hathaway Might ‘honestly’ Have The Most Woke Video Ever 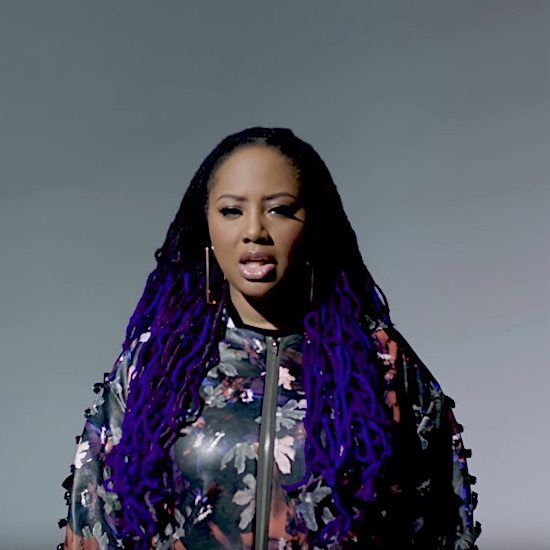 Lalah Hathaway’s highly anticipated eighth studio album, honestly, is almost here! The artist has already shared the cover art and tracklist, along with a couple of singles, including "I Can't Wait" and "Don't Give Up" featuring Lecrae. Now, with the project's release just a few weeks away, the multiple GRAMMY Award-winner is sharing the title track. While the song itself has us in our feelings, the video for the song has us woke.

“honestly” is a midtempo break-up anthem. Over low-key synths, drums and computerized blips, Lalah lays out her reasons for giving up on love. She tells her ex-boo thang, “Honestly / I don't really want you no more / Honestly / So you can walk out that door,” very matter-of-factly on the chorus. The writing is on the wall, and it’s all over but the shouting. And quite frankly, Lalah isn't even interested in raising her voice; just get out and avoid a scene. It's a short and very sweet goodbye.

While “honestly” is a mellow R&B groove, the video for the track is anything but. Instead of going through the motions of a break-up, Ms. Hathaway uses her platform to shed light on the struggles of people throughout history around the world. The video for “honestly” is similar in nature to many of the “message” videos we’ve seen. There are little kids imitating adults like in the “Because of Them We Can” campaign. There’s also arresting footage from protests of today and yesteryear. However, like her music, Lalah takes things a step further than most.

The visual opens with a graphic recreation of the infamous Burning Monk protest image from 1963 reenacted by a child. The video then goes on to show us clips from a number of protests, including scenes from Ferguson, Standing Rock, Charlottesville and Colin Kaepernic's battle with the NFL. However, this footage pales in comparison to the images of children recreating scenes of struggle throughout history. This includes images of Black Panthers, Japanese internment camps, the flower in a gun barrel image from the march on the Pentagon in 1967 and the photo of John Carlos, Tommie Smith and Peter Norman at the 1968 Olympics. Gritty, riveting and layered, Lalah Hathaway’s video for “honestly” is just as powerful as an actual protest. The imagery is stark and shocking, yet we can’t look away. Instead, we find ourselves peering further into the depths in search of meaning and understanding.

Lalah Hathaway's honestly is due in stores and on digital platforms on November 3rd and is available for pre-order on iTunes. Hit play below and get into the smooth grooves and arresting images of “honestly.”