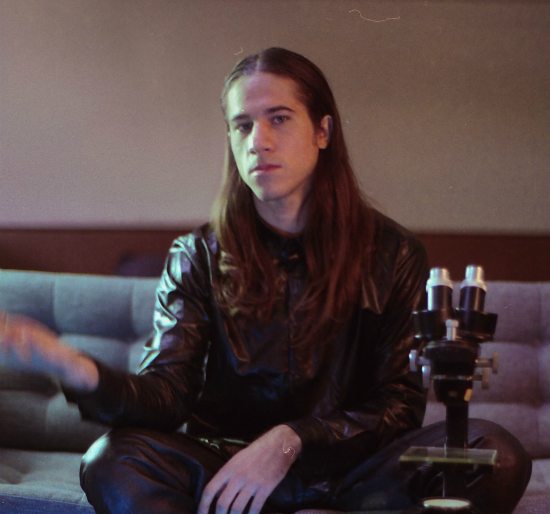 Mar has been wowing us with his versatility since he first made it onto our radar. The singer/multi-instrumentalist first seduced us into submission over seven years ago with Conversations With Her, the sensual EP he made with his frequent collaborator Full Crate. Then he proved that he was more than capable of luring us to the dancefloor with his with dance tunes like "What's Up" with British duo iLL BLU. While he's obviously made some great selections on the collaboration front over the years, he's also proven that he's equally as strong when he's standing on his own two feet. Despite having just released another EP alongside Full Crate back in August, he's showing no signs of slowing down as he preps his fourth solo EP Things Will Be due out November 23rd. To get fans ready for the new project, he's dropped the first single in the form of the dreamy "Place."

The new single finds him making a case to drop everything and run away with that special someone in his life. At once melancholy and soothing, "Place" is punctuated by handclaps as Mar's layered vocals describe this unnamed place that seems to hold promises of seclusion, comfort and newness. Bare and otherworldly, the song presents yet another facet of Mar that we haven't been privy to yet. The new sonic turn is intentional and meant to match the depths loss and sadness he has felt

The new sonic turn is intentional, meant to match the depths of loss and sadness he has felt since the recent passing of his father. "Storm," one of the EP's songs, was penned in an effort to create "a song that sounded like how suicide feels. The enormous difference between calm and chaos," he described in a statement. To further emphasize his intent, Mar has also created a live audio-visual show which will take audiences on a journey through their innermost feelings.

While we still have a little over a month to wait for the arrival of the five-track EP, the follow-up single "Spaceship" is set to drop Nov. 9th. In the meantime, join Mar on his journey to the magical place he sings of in his latest.

Mar Things Will Be tracklist: