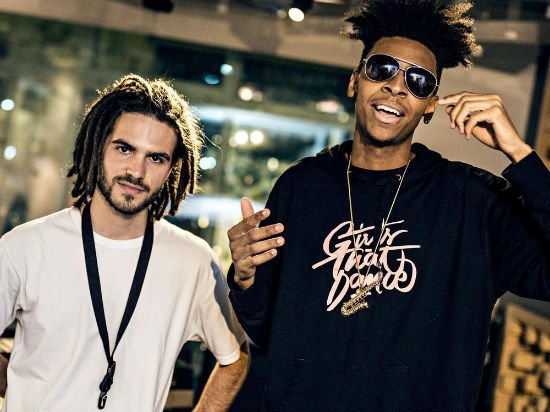 It’s clear that Masego has his ear to the streets and his finger on the pulse of his fans. After sharing footage from his jam session with FKJ back in May, the self-taught multi-instrumentalist/singer/producer gave the people exactly what they wanted and recently released a mastered version of the track “Tadow,” which was created during that session. We all watched in awe as the two musically communicated with each other, seemingly predicting each other’s next creative move. The result was an epic groove with minimal lyrics and catchy ad-libs that took us all on a jazz-filled journey that just felt good.

Though the originally improvised track beamed with organic excellence, the two saw fit to heed to the countless requests to make this jam into an official track. Somehow, none of the purity and soulfulness from the original is lost in the polished track, which speaks to the genius of both Uncle Sego and French Kiwi Juice. They each knew what to touch up or add to, and when to leave well enough alone. There’s a bit more organization to the lyrics, strategic placement of the ad-libs and we get more of that sickening saxophone riff that laid us all the way out in the freestyled version. Still, the clever collaborators were careful not to disturb the relaxing groove by adding too much structure. In the end, we get the perfect addition to our chillaxin’ playlist, and we are forever grateful.

Give the official version of Masego and FKJ’s “Tadow” a spin below. For more Masego, don't miss him on his massive tour that will wrap up its North American stint, which features GoldLink for select shows, on October 20th in Washington, D.C. From there, he’ll head across the pond to Europe and then on to Australia. Check out the tour dates on Masego's website, and consider adding his live show to your fall to-do list.