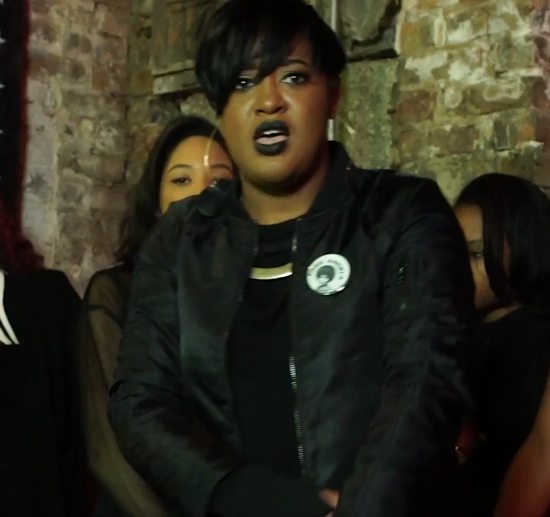 Rapsody has a knack for delivering compelling visuals, and that fact is reinforced in her latest video for "Power." The standout collaboration from Laila’s Wisdom features TDE's Kendrick Lamar and Lance Skiiiwalker who rap about the complexities of power and authority. Directors Cam Be and Game Theory create a beautiful collage of images featuring people of color, that explore either joy, fear, struggle or control.

We see images of a couple hugged up in a laundromat, a woman deep in prayer, a newborn baby and even some brothers of Alpha Phi Alpha Fraternity, Inc. just kicking it to show various slices of Black life. With quick shots of Rapsody and Lance Skiiiwalker in an abandoned warehouse, the visuals match the single's pace, only slowing down for stunning shots that will give you the feels. Kendrick's presence is channeled through a masked gentleman since he doesn't actually appear in the video, but we do see a few familiar faces such as singer Heather Victoria, producer E. Jones and professor/professional black girl Dr. Yaba Bley. Towards the end of the five-minute video, Oakland rapper and fellow Jamla artist, GQ appears in a car with Rapsody and a couple of  friends when the video transitions into another Laila's Wisdom track "Ridin'." GQ emerges from the candy apple green low-rider after watching the "Power" visuals on Rap's phone and delivers a witty verse.

The video then ends with wise words from Jamla CEO and super producer 9th Wonder: "Power begins from within. Power is in all of us. Power lies within you. Power is here in North Carolina. Welcome to Jamroc." With the release of Laila’s Wisdom in September and now the video for "Power," Rapsody is closing out her 2017 on a high note and repping strong for the Jamroc squad.