‘Fall In Love’ With Rose Gold’s Tribute To Selena 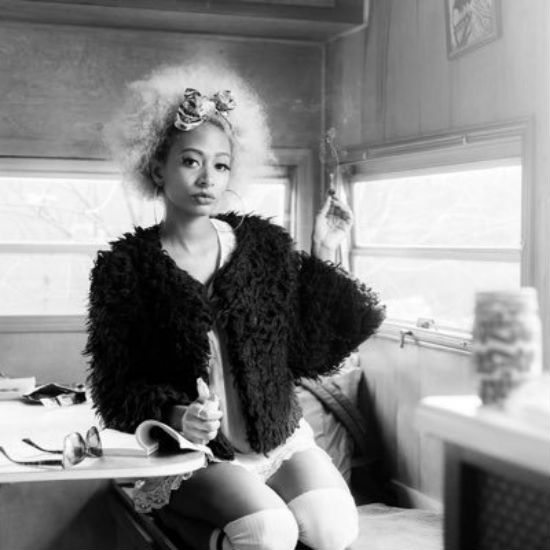 It’s been over two decades since the death of Selena Quintanilla-Pérez. The singer/songwriter/model/fashion designer was fatally shot by the former manager of her boutiques and fan club president, Yolonda Saldívar. The influence of the Latin beauty’s music and style is still seen today, and the anniversary of the 1989 release of her debut album Selena was celebrated recently with a Google Doodle.

Bounce-Worthy alumna Rose Gold joined in the festivities with her own musical tribute, singing Selena’s hit “I Could Fall in Love,” which was released shortly after her death. The singer/songwriter interprets the ballad beautifully, with gifted frequent collaborator Terrace Martin on production, putting his own updated spin on the track. Her tone is full of passion and sincerity as the lyrics express feelings of hesitation and fear of rejection by the one she finds herself falling in love with.

Clearly, when Martin and Rose get together, musical magic is made. Though she’s flexed her songwriting skills for the likes of Teedra Moses and James Fauntleroy, the Baltimore-bred beauty first caught our attention on the track "Think of You" from Martin’s 2016 album Velvet Portraits. She’s also featured on his latest release Terrace Martin Presents The Pollyseeds: Sounds of Crenshaw Vol. 1. We’re hoping that we’ll get to see her step out more on her own as this latest track gives us a glimpse of the exquisite range and power in her voice.

Pay homage to a beautiful soul gone too soon, and give Rose Gold’s rendition of Selena's “I Could Fall In Love” a spin right here. Keep up with her on Instagram and Twitter, and if you're in the NYC area on December 5th catch her performing with Terrace Martin and The Pollyseeds at the Brooklyn Bowl.