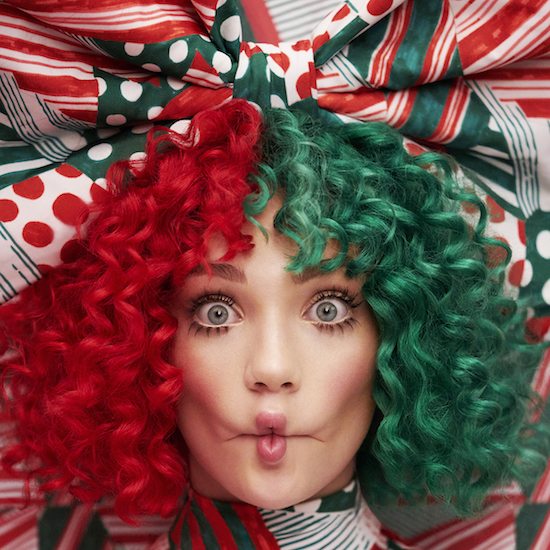 Sia has built a name for herself as one of music's biggest songwriters, penning hits for the likes of Rihanna and Beyoncé. Now she's trying her hand at creating holiday magic after unveiling details about her upcoming album, Everyday is Christmas.

Written entirely by Sia and producer Greg Kurstin, the album features 10 original tracks to put you in the Christmas spirit. Songs like "Candy Cane Lane," "Underneath the Christmas Lights" and the album's lead single, "Santa's Coming for Us," were crafted with the warmth and joy of the holiday season in mind. “There’s some really fun uptempo Christmas jams, and then there’s also some Sia ballads," Kurstin recently said about the project.

Along with the album's tracklist, she has also released the album's cover art, which features regular collaborator/dancer Maddie Ziegler decked out in full holiday-colored regalia. Keeping with the theme of the album while staying true to Sia's mysterious esthetics, the landing page of her official website features a hypnotizing loop of Ziegler frantically inviting us in for a closer look. Refreshing the page reveals several other equally frenetic visuals. Pre-orders for Everyday is Christmas begin October 30th ahead of the album's November 17th release date. Check out the album's tracklist below to get an idea of the types of musical goodies Sia will be leaving in our stockings in a few weeks.