SoulBounce Exclusive: Jordan Brown Takes Us To ‘Where We Were’ 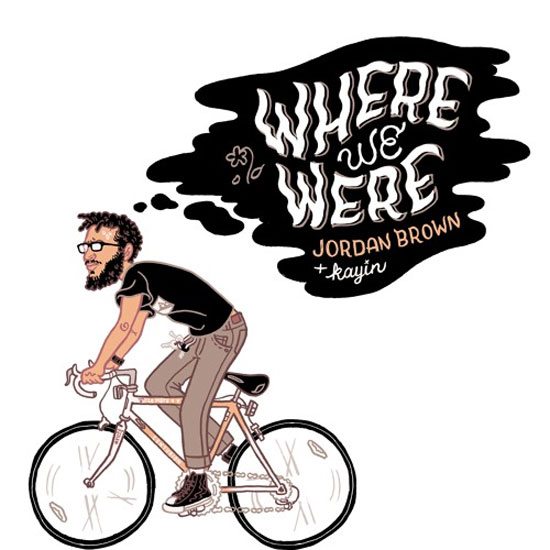 Philadelphia has long been a breeding ground for soul and R&B artists. The talent to come out of the city is downright mind-boggling. From legends like Teddy Pendergrass, Patti LaBelle, Hall & Oates and Phyllis Hyman to legends-in-the-making such as Jill Scott, The Roots, Musiq Soulchild and Kindred the Family Soul. Looking to add his name to the lengthy list of artists keeping Philly soul alive and thriving is vocalist Jordan Brown. He's made some waves since hitting the scene in 2015 and working with RJD2 and STS on their collaborative self-titled album. Last year, he continued working with RJD2, contributing vocals to his explosive single "Peace of What." Now Jordan Brown is ready to step into the spotlight with his solo debut project, Where We Were, which SoulBounce is exclusively world premiering on the eve of its release.

Where We Were is a five-track long EP entirely produced by fellow Philadelphia native Kayin that includes elements of R&B, jazz, hip-hop, trap and, of course, soul. According to a press release, the collection "expands upon the complexities of dealing with love and romantic relationships," and Jordan Brown takes us on an emotional rollercoaster. Led by the single "Goodbye," he gives his lover the choice to love him or leave him alone. "Leave It Here" follows, and he is alone and engulfed in his feelings, tapping into his falsetto to mourn the loss of a relationship. He gets himself right together for "DD Date" as he literally makes a date with the devil. After escaping the devil's clutches, Brown's mind is on his ex on "Now And Later," and her sweetness is his weakness. The last song of the set, "Waltz With Me," sees Brown lamenting about this relationship that has him going through changes. In one particularly poignant lyric he sings, "Girl, you can't be a fan and the star of the show."

Brown's voice has a chameleon-like quality. He has an envious range that effortlessly flows from a crystal clear falsetto to the growl of his lower register. His lyrics exude a vulnerability not often heard from younger male R&B singers who are more concerned with making f**kboy anthems. Jordan Brown isn't that dude, and we're thankful for it.

"These songs are different phases of attraction for me, some playful, some more serious but all honest reflections of what I’ve encountered or perceived," Brown says of the five-track project. "One of my biggest hopes is that listeners develop curious expectations about my music...and through that connection, follow my journey to see what the future has in store for me." Jordan Brown has indeed piqued our interest, and we can't wait to see what's next and witness his growth. Keep up with this exciting up-and-coming artist on Facebook, Twitter, Instagram and SoundCloud, and be sure to scoop up Where We Were on iTunes.