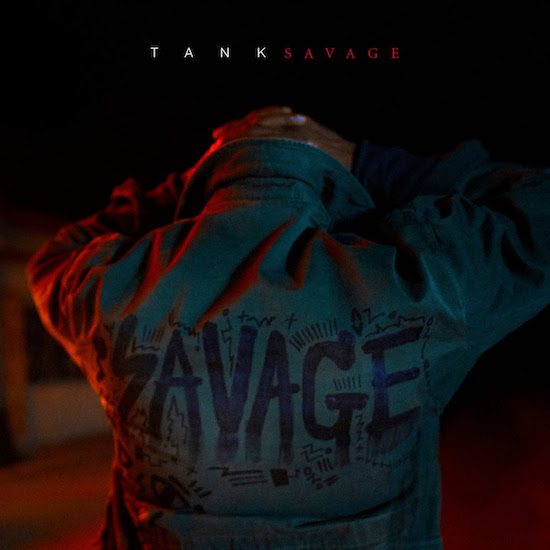 SB: So, your new album is out. You’re going on tour. You’re taking this show on the road. We’ve really enjoyed watching the “Open For Tank” opportunities that you presented on social media for local artists. What made you do that?

T: Man, you know what? A guy by the name of Ginuwine did it for me. And, you know, when he had a No. 1 song, a platinum album, double platinum album – he would say, “Tank, get up here.” And bring me to the front of the stage and say, “Sing to the ladies. This is my little brother, Tank, he’s the singing-est motherf***er I know, watch this!”

And that’s how I got it. That’s how I found it. That’s how I was able to develop – this guy, giving me this opportunity. And I said, the only way my R&B, the R&B that I love, is going to continue to live on is if I give somebody else this opportunity. That’s the difference between me and somebody else that might have lived around the corner from me, with just as much talent, or more. I had an opportunity. And I got it from a really good guy. And so, I’m going to pay it forward, as many times as possible, throughout my whole career. You know what I mean? I can’t wait to say, “Man, that artist right there, they opened for me, man. Now they got a No. 1 record on R&B/hip-hop charts.” Or, “That young lady right there, she opened for my SAVAGE Tour, man. And now she’s a top artist in the world.”

I can’t wait to have those moments. Like, that’s what I’m looking forward to. That’s how R&B Money and Tank, that’s how we’ll live on. By inspiring others.

SB: Since you brought up Ginuwine, to touch on TGT briefly, what would you say is the biggest lesson you learned from that experience?

T: You know what? I didn’t know how necessary TGT was. You know, I thought that we as brothers were coming together just to have fun, doing music. Like, "let’s just do an album, it would be crazy if we did an album together." Like, "we’ll just shake up the world a little bit."

And that’s why we went into it, to have some fun. But we didn’t really understand the impact that it would have on the industry and all of the upcoming singers, songwriters, producers that want to be part of this and were encouraged by our movement to see three successful Black men come together and put their pride and all these other things aside and make a collective album. It was monumental on so many different levels that we didn’t realize. And at this point, for me, I’m like if it doesn’t happen again, we would be doing ourselves a disservice to history. We’d be doing ourselves a disservice to the people that look up to us. You know what I mean? And it’s got to be for the right reasons. Like, TGT is not a cash cow for me. TGT is the means by which us three, as R&B artists, will live on. This is a really inspirational moment. This is really a moment for the culture. And I think, when everybody comes around to seeing it that way, then we’ll have another TGT album.

SB: Right. I saw on Instagram you said you would do it all over again for free, which is awesome.

SB: We all do. TGT was dope, so we hope that you all reunite. But we are just as happy to have you solo dolo, and we’re excited to see you on tour. Is there anything new we can expect? I know we’ll hear a few new songs. Are you going to jump out of planes? What are we doing on tour this time around?

T: I would love to jump out of a plane onto a stage.

T: Unfortunately, the way the fire hazards are set up, they won’t let me do it.

SB: That would be savage, though.

T: That would be savage but I’m going to let it all hang out. I want to do, maybe three or four songs from the new album, just get them familiar with the material. Like, this is a real tour to set up the album, to get people ready to purchase.

I mean, a lot of times we just put the album out and say “Go buy it.” You know what I’m saying? And then, after people have bought it, then we go on the road. It’s like, well, what happened to the actual promo tour? Actually going door-to-door and saying, “Hey, man. I got a nice album. You want to buy it? Here’s a few tunes from it. I’m going to sing them right now, to see if I can inspire you to pull out 10 dollars from your pocket.” Like, what happened to that? And I think that’s what we’re going back to on this one. We’re going door-to-door, city-to-city. And saying, “Hey, man. We got some nice R&B things happening. Do you want to be a part of it?” And we’ll see what the answer is going to be.