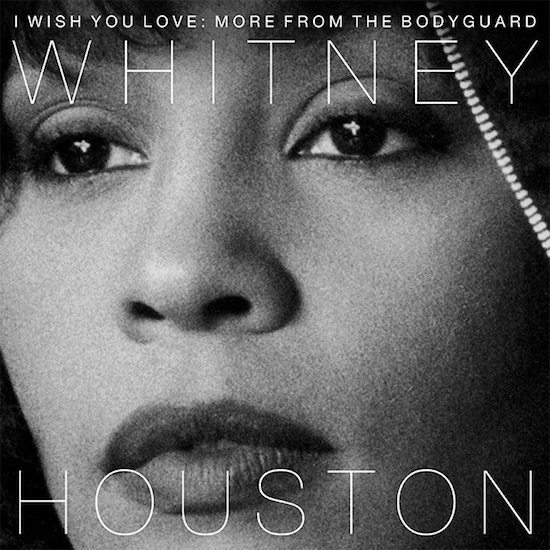 Twenty-five years ago, Whitney Houston stole our hearts when she released The Bodyguard, her iconic 1992 feature film debut, along with its accompanying chart-topping soundtrack. Although the legendary singer ultimately broke our hearts back in 2012 with her untimely passing, her legacy lives on through the music she left behind. To commemorate The Bodyguard's impending anniversary, Legacy Recordings, in conjunction with the late singer's estate, will release I Wish You Love: More From The Bodyguard on Nov. 17.

The album is set to feature unreleased live recordings from Houston's The Bodyguard World Tour, alternate versions of audio recordings from the film and an alternate version of the her "I'm Every Woman" cover remixed by Clivilles & Cole. The project will also include additional artwork taken from the film and will be available digitally, on CD and as a limited edition purple vinyl double album.

In addition to the updated soundtrack, The Bodyguard's 25th anniversary will also be celebrated with a reissue of the film on Oct. 31. The Warner Bros. Home Entertainment disc will come complete with previously released special features and will be available on both Blu-ray and DVD. Meanwhile, The Fountainbleu Miami Beach Hotel, which was used during the movie's filming, will commemorate the silver anniversary with an invitation-only listening party and movie screening on Nov. 4. Eager fans can RSVP for the special event via Houston's official website.

I Wish You Love: More From The Bodyguard is currently available for pre-order ahead of its Nov. 17th release date via iTunes, Amazon, and Google Play.

I Wish You Love: More From The Bodyguard Tracklisting

4. Run to You (Film Version)
As featured in the scene with Frank Farmer watching the video of “Run to You”

6. Jesus Loves Me (Film Version)
As featured in the scene with Rachel Marron and Nicki Marron at Herb Farmer’s Lakefront Cabin

7. Jesus Loves Me (A Capella Version)

9. I Have Nothing (Live)
Private concert at Jerudong Park Amphitheatre: Bandar Seri Begawan, Brunei for Princess Rashidah, the eldest daughter of the Sultan of Brunei, Hassanal Bolkiah on August 24, 1996

13. I Will Always Love You (Live)
Recorded at Earls Court Exhibition Centre: London, England on November 5, 1993 during 1993-1995 The Bodyguard World Tour


TAGS:  Clivilles & Cole, whitney houston
Previous: Kehlani Teams Up With Budweiser For The Sexy & Creepy Halloween Anthem ‘Touch’ Next: 6lack Goes ‘That Far’ & Covers Erykah Badu’s ‘On & On’ For ‘Like A Version’