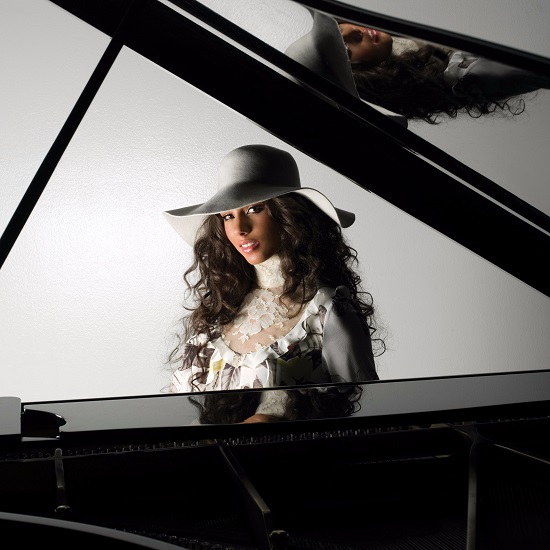 With 16 years in the game, Alicia Keys has reached some serious milestones. This week, she celebrated one of them with the 10th anniversary of her third album, As I Am. The album, perhaps best known for her the hit single "No One," was a bit hit for the singer/songwriter. It garnered her another career No. 1 and eventually went on to garner her multiplatinum success. To celebrate the set's aluminum anniversary (who came up with these things), Alicia dug into her vault to unveil her previously unreleased track, "When You're Gone."

Introducing the track, Alicia wrote in a diary entry to fans, "...this one really started to create the sound that As I Am has. We were experimenting with a lot of keyboards and sounds and styles of recording, and we were all about breaking boundaries and writing things in new ways.” It's definitely an interesting sound from the "Like You'll Never See Me Again" singer. The song incorporates a simple bass line, what sounds like zaatar and, of course, keys to make a hybrid of sorts, fusing '60s psychedelia with modern soul. Vocally and lyrically, it stays mostly in the same area we've come to expect from Alicia, with the singer asking a lost lover if she's been on his mind as much as he's been on hers in his absence. Since it's not as thoroughly fleshed out as most of her hits, it's obvious to see why it didn't make the cut, but it's definitely an interesting insight into Alicia's creative process.

Join us in wishing a happy anniversary to Alicia Key's As I Am and give "When You Were Gone" a spin below.