Jidenna Is Back Like A ‘Boomerang’ On New EP 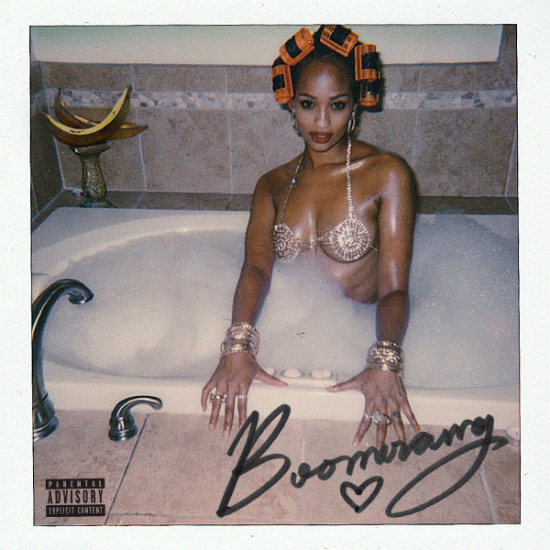 Jidenna jumped on the scene looking extra clean with his debut single "Classic Man." The undisputed song of the summer of 2015,  you couldn't escape the track. However, “Classic Man” soon overshadowed the artist, as many would refer to him by the name of the song rather than what his mama and daddy named him. Though his feature on Janelle Monáe’s “Yoga” was another highlight for the spiffy gent, much of his own output failed to ignite audiences for his debut The Chief. Undeterred, he went back to the drawing board and created a whole new album. The final project was an amalgamation of the best of both albums. Though we could tell the seams of the project (and felt some kind of way that “Knickers” was left off the final tracklist) it is still one of the better albums released in 2017 and largely slept on.

While it felt like it took forever and a day for Jidenna to release The Chief, now only nine months after its February drop we have a new project, the EP Boomerang. With such a quick turnaround, we are both pleasantly surprised and utterly perplexed. Would this new EP contain some of the songs that he scrapped? Would be getting something fresh and new? But, most importantly, is it a bop? The truth is somewhere in the middle.

Boomerang opens with a hilarious skit from a scorned woman. It seems Jidenna may have been leading the young woman on and she's talking cash s**t to him via voicemail. We’re treated to chuckle-worthy comments like, “I would have flown out the day after Afropunk. You got me missing Afropunk. Got me missing Solange! Really? Solange! Like a seat at the table. You got me not at the table cause you not here right now,” before ending her message with “Love you, though.”

The comical intro then segues into the uptempo “Decibels,” a braggadocios rap track about making boss moves. “Smoke loud / Move loud / Too proud / They tell her pipe it down but she make decibels,” Jidenna spits. Over a rolling beat of booming drums, maracas and bass, our boy praises a woman on her grind from 9-to-5 and after hours. He also lets you know he’s on his game, too, and isn't here for play-play, proclaiming to a scrub, “Too busy grabbing your balls to ball with us.” The title track “Boomerang” is a light Afro-Caribbean ditty about an on-again-off-again romance. It's a tale as old as time: Jidenna has found “the one,” unfortunately, he’s not ready to settle down. She wants the kids, the car and the crib, all the things that Jidenna knows she deserves and that this is ultimately where the relationship should be going.

The third song, “Spy Candy” featuring Tiwa Savage, just might be the party starter of the bunch. The midtempo track is an ode to the fine art of cyber stalking, whether it be a random find or a beloved ex. “Everybody want a follow / Spy candy / I spy on you sometimes / You spy on me sometimes.” While the track is a banger, its sonic similarities to “Classic Man” could be the reason it was left off of The Chief. Thankfully, Jidenna found a place for the track on this project.

Of the remixes on the EP, they’re pretty much the original tracks with the addition of a special guest or two. On “Bambi Too” featuring Maleek Berry, Quavo and Sarkodie, all the boys add their own tale of love lost, with the Migos representer outshining his fellow guests with a verse that matches the original flow while adding his own flair to the proceedings. The “Little Bit More - Remix," while a great showcase for Burna Boy, is a missed opportunity to do something fresh with the track.

Bringing things full circle, the last track of the EP begins with another trash talking session by the scorned woman lighting into Mr. Mobisson once again. “Marco Polo, b***h! This my last post. Cause I’m done with your s**t. I’m done with your black James Bond s**t," she exclaims before ending her tirade by cursing him smooth the f**k out in Nigerian.“Out of Body” featuring Wale and Dot Cromwell closes the short collection and is the more introspective version of the intro track, "Decibels." Over sparse, stuttering drums, he talks about a woman out here just trying to survive in a world full of ghetto life, doing her own thing to survive. “She done had a long day, a long day / But I swear she always did it her own way,” we're informed. Unfortunately, Jidenna, who should be the light of her life, only comes around when the sun goes down. Wale delivers a good, if not great guest verse on the track. While he flows over the beat with aplomb, it lacks the depth of Jidenna's own take on the subject matter, feeling like it would fit on almost any song on the radio today.

Boomerang is a collection of songs that previously missed the cut and a couple bonus remixes, which is not a bad thing. To call these tracks leftovers would be a disservice. A lot of thought and care was put into creating a cohesive EP. There is a thematic through line about Jidenna and his lothario ways, and the music flows perfectly from track to track. While the remixes may not get that much burn, new tracks “Decibels,” “Spy Candy” and “Out of Body” will get us hot and bothered at someone’s club or house party. Boomerang sees Jidenna continuing his journey of becoming more than just the “Classic Man” of his bombastic debut single and continuing to expand his territory as he did on The Chief. What he does next is anybody's guess, but we like where he's going.