Mahalia Wants To ‘Hold On’ But There’s ‘No Pressure’ 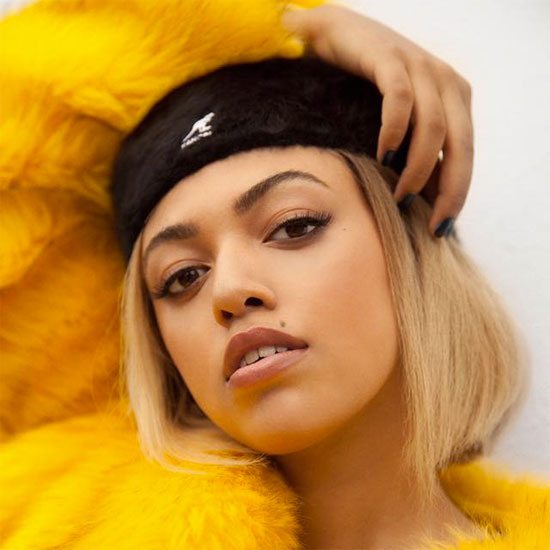 UK songstress Mahalia has been busy working out her pen, with two new songs to hit the scene, “Hold On” and “No Pressure.” Following her stunning COLORS performance of her debut single “Sober” in September, which has racked up almost 2 million views on YouTube, she followed it last month with the release of “Hold On” featuring Buddy, an upbeat song slightly reminiscent of a ‘90s R&B jam yet on trend with Afrobeat and Caribbean rhythms.

Mahalia recounts wanting to spark a thing with a childhood fling, but he’s gotta step his game up. “I don’t wanna stress ya / I don’t wanna pressure ya / I don’t wanna question you either but / If you want me / You gotta do better,” she sings on the pre-hook and lets him know that she’s not trying to waste her time. Produced by Nana Rogues and co-written by Jay Prince, the arrangement is simple yet musical with drum pad, synths and the late appearance of a horn section making for a solid R&B jam.

On the other side of the pillow is Mahalia’s most recent drop, “No Pressure.” A soundtrack about the trials and tribulations of the music industry, it is clear with this song that Mahalia has had her fair share of problems being a young, up-and-coming artist. She details her woes, singing, “You ain’t never liked me / Cause you ain’t seen nobody like me / Can’t go wrong with the right team / No pressure.” Mahalia is clearly being facetious when she sings about there being “no pressure” as she mentions everything from artistic struggles to the cost of studio time. “No Pressure” is raw, mature and reflective with a head-nodding tempo to vibe out to.

There’s no word yet on when Mahalia’s follow-up to 2016’s Diary Of Me will be dropping, but we’re hopeful that it’s soon with all this new music she’s blessed us with. Either way, we are happy with her growth and look forward to her continued evolution. Be the judge of Mahalia’s musical progress and take a listen to “Hold On” and “No Pressure” right here.