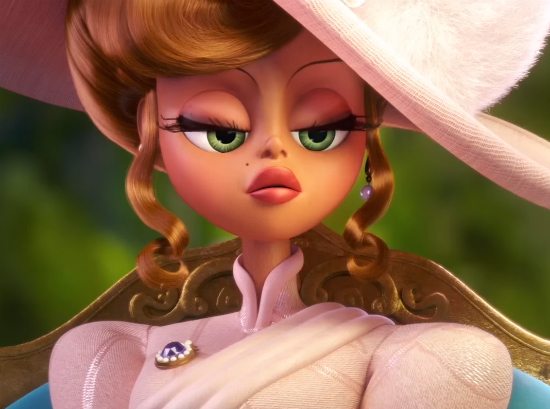 Next year Mary J. Blige steps on the big screen, but she's going to look a little different. That's because the legendary singer has been cast in Paramount Pictures animated film Sherlock Gnomes, which arrives in theaters on March 23, 2018. It's not what we're typically used to seeing from Blige, but we can't wait to hear her signature voice featured in the family movie, which serves as the sequel to Gnomeo and Juliet.

Queen Mary voices the character of  Irene Adler, and will star alongside a star-studded cast comprised of James McAvoy, Emily Blunt, Johnny Depp, Chiwetel Ejiofor, Ozzy Osbourne, Maggie Smith, Stephen Merchant and Michael Caine. The concept of the movie is a mystery with garden gnomes Gnomeo and Juliet recruiting renown detective Sherlock Gnomes to investigate the mysterious disappearance of other garden ornaments.

Mary has a long list of acting gigs under her belt, and she recently won the Breakout Performance Award at the Hollywood Film Awards for her work in Netflix's Mudbound, which you can watch starting on Friday, November 17th. It's been a big year for Mary, after going through a very messy divorce, releasing her 13th album Strength Of A Woman and going on tour, she's a woman on a mission and we've enjoyed watching her journey so far. Be sure to enjoy watching Mary – or hearing her rather – in Sherlock Gnomes when it comes out in March, and watch the official trailer below to see if this mystery is one you want to help solve.