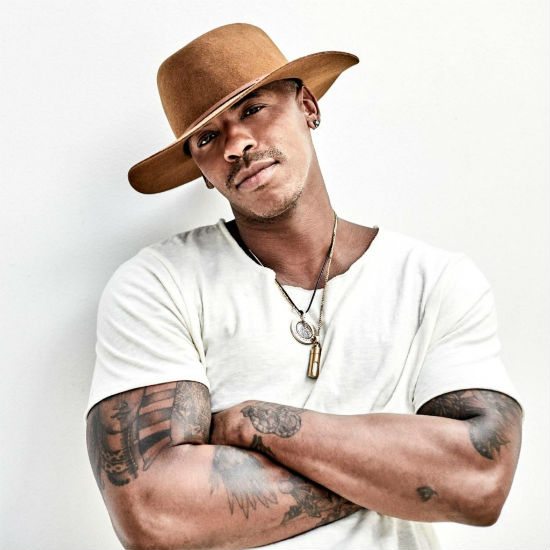 We're used to rappers becoming singers and singers becoming actors, but we were admittedly not in any way ready for this. Over the years, we had heard rumors of TV/film star Mehcad Brooks dabbling in music, but we hadn’t heard anything official and really had no idea what to expect. Judging by his perfect smile and chiseled, chocolate-covered body, we were ready to lump him together with all the other R&B dudes that sing sweetly for our affection. Imagine our surprise upon listening to his single, “Tears Away,” and realizing that his tone and style are much more akin to Seal than Sam Cooke. With a strong, raspy voice, the Supergirl star sings about a love gone wrong and finding his way through heartbreak. The track has a soulful, bluesy rock appeal to it, and is highlighted by Mehcad’s smoky tone.

Previously gracing our small screens on top-rated shows like True Blood, Necessary Roughness, Desperate Housewives and The Game, the former fashion model and Texas-native says that music has always been his passion and he is just now getting up the nerve to share his undeniable talent with the world. He describes his sound as “retro yet contemporary, futuristic yet familiar,” and “Tears Away” is just a taste of what’s to come from the multifaceted star. Noting Bill Withers, Bob Marley, Lenny Kravitz and Jimmy Hendrix, as well as Tupac and Kanye West, as just a few of his musical influences, it’s no wonder we hear multiple genres and catch an array of vibes from his debut offering.

Give Mehcad Brooks' first foray into music a spin below, and you'll find his sound is just as intriguing and intoxicating as his looks. In recent interviews, he’s hinted at a possible tour next year, so be sure to keep up with all his moves on Twitter, Instagram and Facebook.