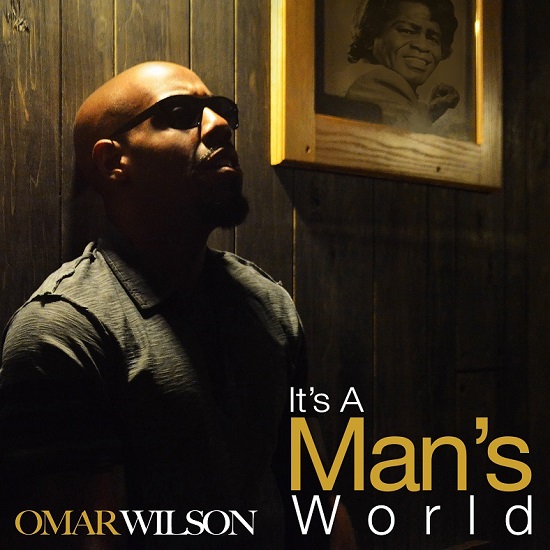 Having won three Amateur Night crowns at the famed Apollo Theater, Omar Wilson has already proven that he knows how to please an audience. Back-to-back trophies for Best R&B Male of the Year at the Underground Music Awards further confirmed that the brother is no ordinary talent. With over a decade of experiences under his belt (including songs with Angie Stone and DMX) and a new contract with BSE Recordings, the Connecticut native demonstrates a readiness for the next phase of his career with one of his boldest moves yet – a remake of the James Brown classic, "It's A Man's Man's Man's World."

Truthfully, we thought we had our modern-day fill of this iconic song thanks to memorable covers from artists like Postmodern Jukebox (featuring Morgan James), Seal and Leela James. Not to mention the soundtrack for the Chadwick Boseman-starring Brown biopic Get On Up. But Mr. Wilson's rendition, "It's A Man's World," is worth the extra calories. Backed by the Al Green's band and produced by Lawrence "Boo" Mitchell at the landmark Royal Studios in Memphis, Omar delivers unfiltered soul that taps into the Godfather's passion without sounding like a carbon copy.

The song is a treat for music lovers everywhere, but it holds special meaning for the singer as well. Omar explains, "I have always wanted to pay homage to the Godfather of Soul and why not do it with celebrating such a classic song and to let men know that life would not be life without a woman. Just being able to record this song in the same room with the son of the legendary Willie Mitchell, it is truly a humbling honor to know that the likes of Al Green, De La Soul, Ike & Tina, Rod Stewart and Bruno Mars, to name a few, have all recorded here."

Listen to the noteworthy "It's A Man's World" below, then check out Omar Wilson's BSE debut "Passion." Both songs are currently available for download via iTunes. To learn more about the singer, visit his website and connect with him on Facebook or Twitter.