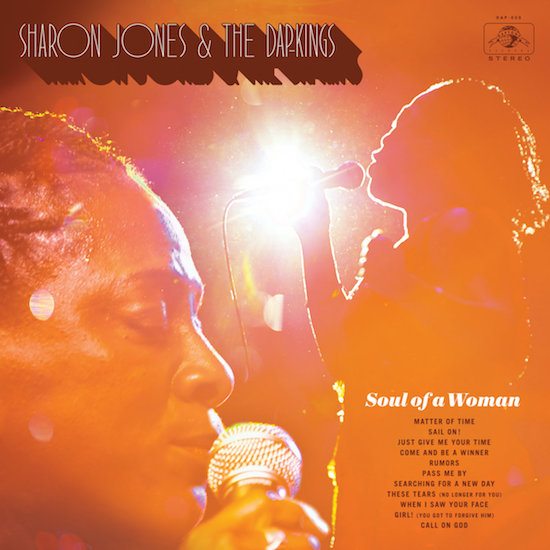 The music world got a little bit dimmer last November when singer Sharon Jones passed away after a battle with pancreatic cancer. Save for a Christmas song released shortly after her death, for a moment it seemed that music had truly stopped for this immense talent. However, just in time for the one-year anniversary of her death, her band the Dap-Kings have given fans one final gift from Jones in the form of their new studio album, Soul of a Woman.

The album is a collection of songs that the band had started recording in the two years leading up to her death. Over the course of the album’s 11 tracks, listeners are reminded once again of the powerful voice that captured the hearts and ears of many over the course of her late-in-life success. While it would be easy to consider it a sad and final parting gift, Soul of a Woman feels more triumphant than anything — a stark reminder that art can live on long after we are gone.

The fact that she recorded these vocals while in the midst of her cancer battle is even more testament to the strength that kept Jones going during her darkest days. Songs like “Sail On!,” “Come and Be a Winner” and “Matter of Time” are proof positive that, though the disease would ultimately take her life, it did little to dampen her powerful voice.

“Call on God,” the album’s final track, is a hauntingly moving song that merges both the classic, soul sound that Jones and the Dap-Kings came to be known for with her early gospel roots. She is backed on the song by the Universal Church of God Choir, the same choir she was a member of when she penned the lyrics during the 1970s. It is a fitting end to what is sadly to be Sharon Jones’ final studio album. However, fans can take solace in knowing that she left behind such a dynamic legacy in her wake.