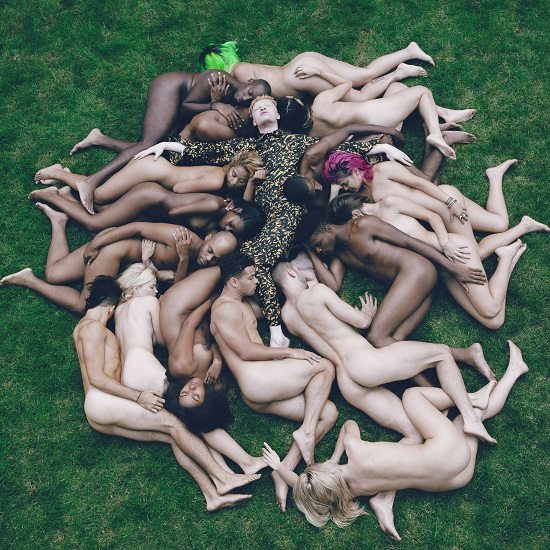 Though the name Shaun Ross might not immediately ring a bell, you definitely know his face. The 26-year-old model-turned-singer has been hitting the runway for fashion houses like Givenchy and Hood By Air and appearing in music videos for the likes of Katy Perry and Beyoncé. However, now he's stepping into his own musical light with his first solo single, "Symmetry," and he's doing so with some pretty respected names behind him.

The Brook D'Leau-produced track finds Shaun trafficking in smoothed-out R&B as he challenges the societal norms of beauty and identity. "All this talk about bodies / What is him/her?" he sings. "Bodies / Who are they to tell us who we are? / Nobody." While his calling to these notions is passionate, the sonic backdrop surrounding him is quite mellow, with Brook bringing out tranquil synth work and propelling it forward with looped percussion. Also adding to the tapestry are the perfectly timed backing vocals (provided by Lizzo and Rush Davis), which help his all-inclusive message feel as universal and, well, inclusive as his expressive lyrics.

"For me, I feel like this song represents that completely," Ross told Billboard about his inspiration for the single. "If you listen to the lyrics, it’s all this talk about body: 'What is him/her?' I feel like that is something I went through my whole entire life. Even in modeling, always being told that: 'This designer’s looking for this kind of model and you have to look this way in order to get accepted.' It’s like, what is that though? What does that actually mean?"

While most would usually roll their eyes at the thought of a model hitting the recording booth, with Shaun Ross bringing both the soul and content, we're not too mad at this one. Press play below and see why.