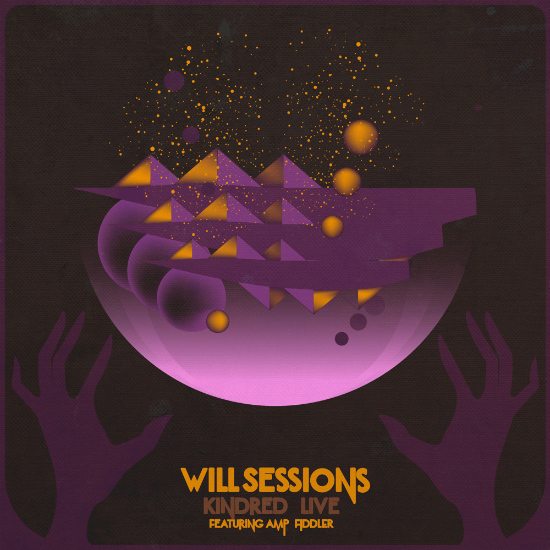 Will Sessions and Amp Fiddler are among the many artists who are keeping Detroit soul alive and kicking. It makes perfect sense, then, for the band and the man to collaborate, which they've done twice this year. In January, they released the double-sided single "Lost Without You" and "Seven Mile," and now as 2017 winds down they've dropped a live album entitled Kindred Live.

On Kindred Live, Will Sessions invites everyone to have a front row seat at one of their concerts and takes listeners on a genre-defying soul, funk and jazz joyride.  The entirely instrumental project features special guest Amp Fiddler on Fender Rhodes, synth and clavinet, and he blends in perfectly with the band on these six tracks. Will Sessions and Fiddler pay tribute to jazz fusion pioneers Miles Davis, Herbie Hancock and Weather Report with interpretations of songs from their vast discographies. Will Sessions puts their spin on tracks, such as "Bitches Brew" and "Sivad," and delivers performances that evolve into jam sessions. You can hear the fellas having fun, and every now and then between songs, the audience shows their appreciation with raucous applause.

Immerse yourself in Kindred Live when you press play on SoulBounce's exclusive world premiere of Will Sessions and Amp Fiddler's latest masterpiece and don't be surprised if you're compelled to give them a standing ovation when the album is done. Kindred Live album is available for purchase now on CD, limited-edition vinyl and digital formats.