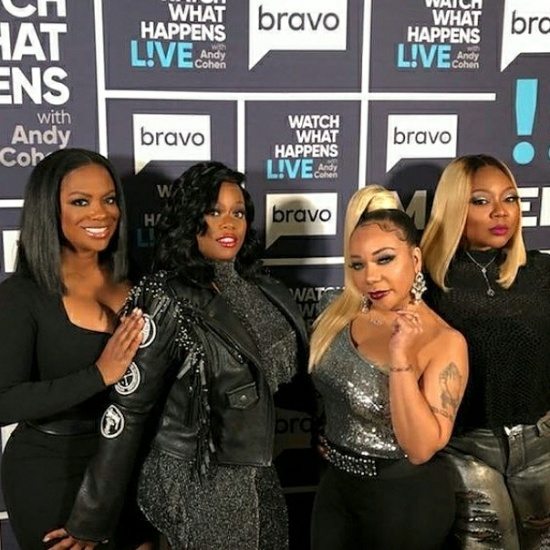 Anyone familiar with the history of '90s R&B quartet Xscape knows that the group disbanded with its fair share of drama. Well, it looks like that drama will be part of their reunion. Appearing on Bravo's Watch What Happens Live! to discuss their reality show, the ladies spilled some tea about what they have planned, including new music. But there's a catch: Kandi Burruss won't be involved. When asked about the possibility of new sounds, Kandi responded, "They are doing new music." When host Andy Cohen inquired further about she'd be doing instead, Kandi said, "I'm going to be doing Broadway and some other things, and they're going to be doing new music." Something tells us this reunion might be short-lived. #Awkward