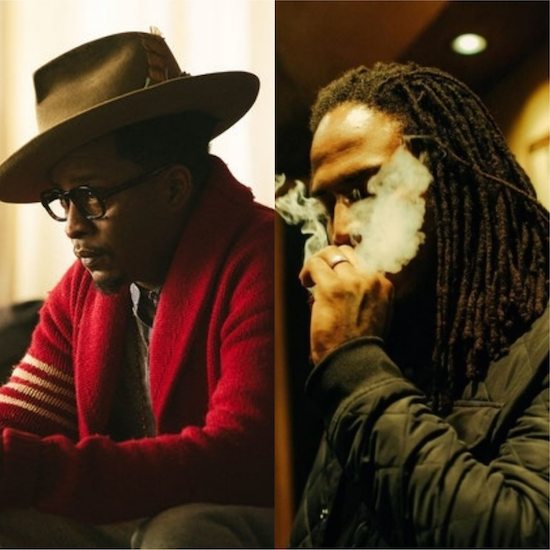 As the January 26, 2018 release date of their self-titled album drawing near, Chris Dave and The Drumhedz returns with a little somethin' somethin' to keep the anticipation building for their long-awaited debut. The group, led by drummer Chris "Daddy" Dave, team up with rising singer SiR for the genre-spanning "Dat Feelin.'"

For the song, Dave & Co. take elements of funk, soul and, of course, jazz and combine them for this fun, shape-shifting journey. Although the opening seconds begin unsuspectingly enough, things quickly pick up speed thanks to the driving horns and Dave's signature sounds. From there on out, the sounds put forth seamlessly morph into one another at a rapid-fire pace. SiR's vocals add an otherworldly vibe as he scats and sings his way across the track. It's an exhilarating ride that perfectly captures "Dat Feelin'" of joy and headiness that fills you up when the endorphins get to flowing.

"Dat Feelin'" is the second single taken from the upcoming album. It comes on the heels of the album's lead single, Phonte, Eric Roberson and Elzhi-assisted "Destiny N Stereo." As mentioned before, Chris Dave and The Drumhedz is set to release on Blue Note Records and features appearances from such heavy-hitters as Tweet, Anderson .Paak, DJ Jazzy Jeff, Bilal, Kendra Foster, Sy Smith, Anna Wise and Tiffany Gouché. Meanwhile, rotating Drumhedz members James Poyser, Stokley Williams of Mint Condition and Shafiq Husayn also pop up on the highly-anticipated project. Take "Dat Feelin" for a spin and see if it leaves you feeling the vibes.