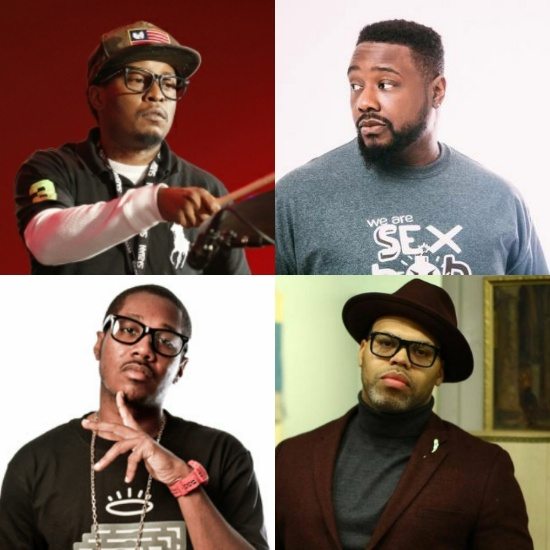 Texas-bred drum legend Chris "Daddy" Dave shook up the internet a tad this week. After lengthy speculation about the release of a debut album with The Drumhedz (a collective of fellow musicians), the drummer finally released the artwork, star-studded tracklist and dropped the first single from the self-titled project last night. The new track, "Destiny N Stereo," features emcees Elzhi, Phonte Coleman and crooner Eric Roberson. The new release is pretty major — while we've only had a mixtape from Chris and The Drumhedz family, we also haven't heard Elzhi and Phonte on a track together since 2011's "Not Here Anymore."

"Destiny N Stereo" starts with a cacophony of musical notes and radio announcements, then transitions into Chris doing what he does best, creating an infectious groove you'll want to keep on repeat for more than the almost four minutes he gives us. Elzhi takes the baton first, dropping witty lyrics about his bright future, and then hands it off to Phonte, who decides to add his soulful vocals to the mix. Phonte raps and sings on the track, channeling his inner Marvin Gaye and making it clear he has no competition. Eric holds down the bridge, singing about the musician life, with Phonte later putting a bow on it all, closing out the track.

Chris Dave And The Drumhedz features artists Chris has worked with over the years, including Anderson .Paak, DJ Jazzy Jeff, Bilal, SiR, Anna Wise and more. The Drumhedz features a rotating cast that includes James Poyser, Stokley Williams of Mint Condition and Shafiq Husayn and more. While Chris Dave And The Drumhedz promises to have the best in show when it comes to funk, soul, gospel, hip-hop and jazz, you'll have to wait to hear it in all its glory on January 26th, but you can pre-order it now on all of your favorite digital retailers. For now, listen to "Destiny N Stereo" featuring Elzhi, Phonte and Eric Roberson below.