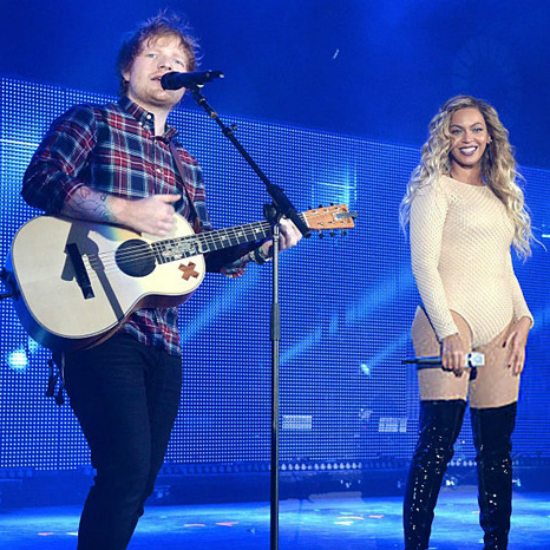 Ed Sheeran is known for his collaborations with some of rap’s biggest names. However, for the remix to his hit single “Perfect” the British crooner turned to the Queen of Pop, King Beyoncé. The two have teamed up previously for a GRAMMY tribute to Stevie Wonder in 2015 and performed “Drunk in Love” together at the Globe Citizen Festival in 2015. Now the two are finally making an official record together that could only be called the “Perfect Duet.”

For those who haven’t peeped the OG version of “Perfect,” it is an acoustic ballad about realizing you’ve found the perfect one. It is based on Sheeran’s own experience with his current girlfriend. On the remix to “Perfect,” Sheeran opens the acoustic ballad with a few sweet nothings like, “I found a girl / Beautiful and sweet / I never knew you were the someone waiting for me.” Beyoncé then follows up her partner by singing the second verse, “I found a love to carry more than just my secrets.” Where Bey truly shines is on harmonies during the refrain, adding some depth and heart to the romantic track. Would we call it perfect? Nah, but it’s pretty close.

"Perfect" is featured on Ed Sheeran's latest album, ÷. “Perfect Duet” is Beyoncé’s third collaboration in recent months. She also worked with Eminem on his new track “Walk On Water” and J Balvin on the “Mi Gente (Remix).” While “Mi Gente” wasn’t bad, “Walk On Water” felt like a rare misstep for Mrs. Knowles-Carter.  Thankfully, “Perfect Duet,” a strong ballad made even stronger by her addition, doesn’t disappoint.